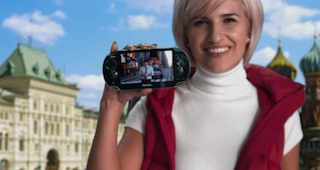 In the age of the DVR and the ability to skip any commercial we want, corporations have been quick to go full force into something that’s been brewing for a while; product integration. We see it absolutely everywhere. And, as much as I hate it, I respect that this is just the world we now live in. However, this morning I saw some product placement so blatant, so repulsive, it left me screaming at my computer. Then I realized that I worked for a website and I can turn my screaming into words and post it somewhere.

Anyway, the thing that made me so upset was the new trailer for the upcoming Resident Evil movie. A trailer which literally begins with a 30 second commercial for Sony products.

Don’t believe me? Check it out:

That is seriously one of the most disgusting things I’ve ever seen. They even have the Sony logo prominently in the background of the Times Square shot!

Honestly, it’s not like the Resident Evil movies are high art or anything. I mean, this is the fifth they’ve released in 10 years. The series is just a money machine. However, I don’t think there’s ever been anything this blatant and, if we didn’t at least try to register our disgust at the corporations consuming every aspect of our lives now, then we really don’t have any right to complain about it in the future. Of course, in the future, a post like this would get me shot by the Sony police or something so whatever.

All joking aside, what makes this trailer such a perfect example of our changing times is that it is aping a structure set up by the earlier films in the series. The first sequel, from 2004, had a legitimately great trailer that began as a fake ad for a make up product. And the film after that, in 2007, looked like a commercial for a Las Vegas hotel. However, in those instances, the make up product was made by a fictional company and the hotel was never named. Here we see extreme closeups of real Sony products (including the upcoming PS Vita!) while the narration tells us how awesome they are. That is a huge, huge difference.

Sigh. To quote the happy Sony customers in the trailer, this is our world.