In His New Play, Jesse Eisenberg Gives Susan Sarandon Something to Be Happy About
Opinion

In His New Play, Jesse Eisenberg Gives Susan Sarandon Something to Be Happy About 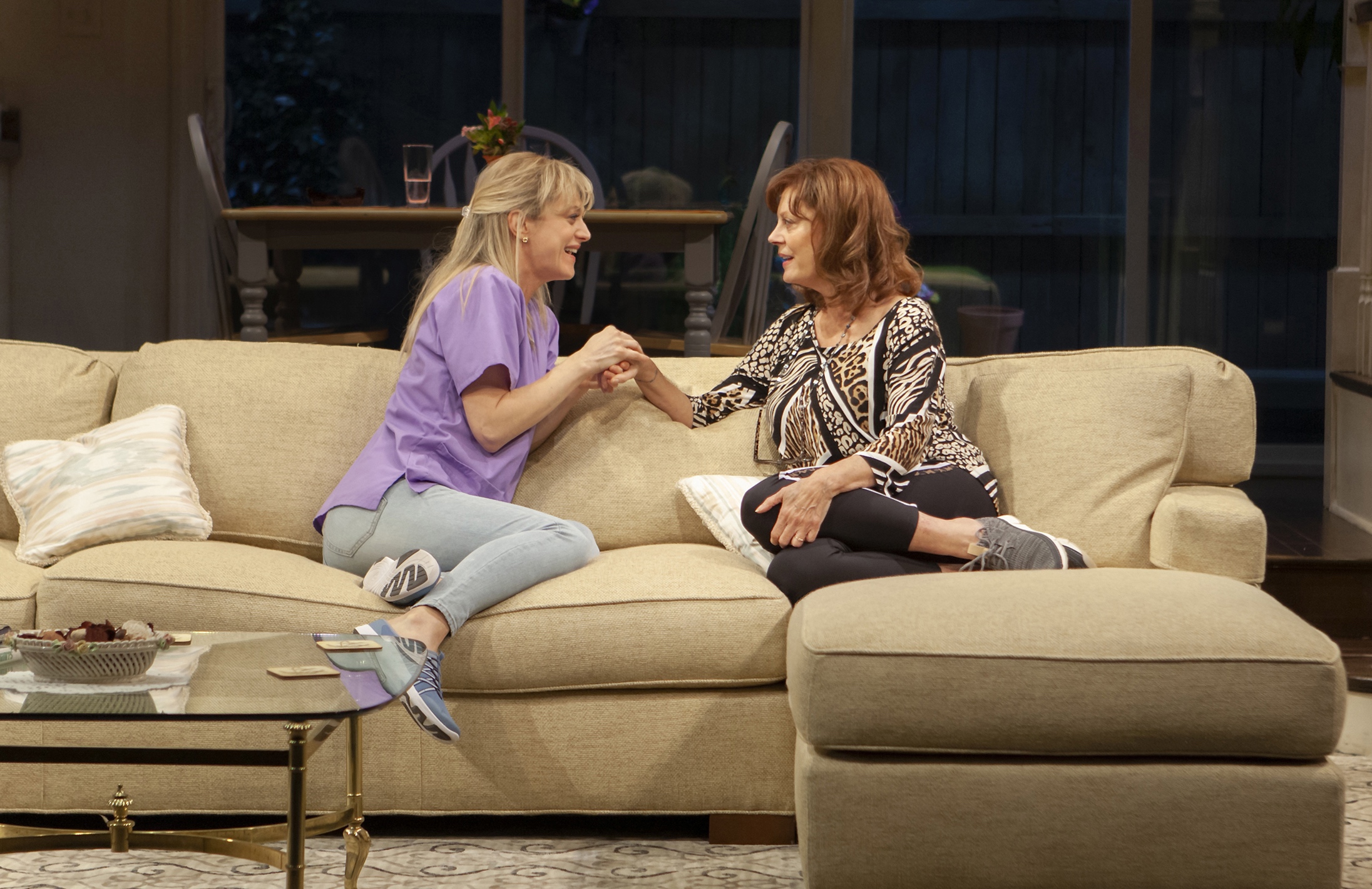 Jesse Eisenberg is a five-tool player on the American cultural ball field, with memorable movie roles — from his Oscar-nominated Mark Zuckerberg to his evil-genius, Superman-nemesis Lex Luthor — to poignant moments on stage, humor pieces for the New Yorker, assorted essays, and a novel. Yet, he is also an accomplished playwright, often starring in his own work, such as The Revisionist, which premiered Off-Broadway in 2013 and co-starred Vanessa Redgrave, and The Spoils, directed by Scott Elliott for The New Group in 2016, which went on to have a successful run in London’s West End, as well.

Now Eisenberg returns to Off-Broadway with his hyper-verbal, witty and caustic arsenal of dramatic gifts for yet another collaboration with Elliott and The New Group, in the world premiere production of Happy Talk, starring Susan Sarandon. It’s a charming one-act chamber piece of raucous humor and gaspingly cringe-worthy moments of human desperation. Elliott surrounds Sarandon with a lively cast of actors that, surprisingly, does not include Eisenberg, who apparently decided to sit this one out and watch from the dugout.

That’s because he gave Sarandon the part he would have wanted for himself: a character all acid-tongued and exasperating, oxygen-draining and denigrating, manipulative and hilarious — all at once. Sarandon plays Lorraine, a regional actress with the self-regard of a Broadway legend, as the grand doyenne of her own slowly diminishing household — with characters that are literally on life-support or could end up being deported.

Her mother is dying in one room and never appears on stage. Her husband, played to maximum comic effect by Daniel Oreskes, barely has any lines at all. He occupies the living room like a man who knows that his health does not qualify for such optimism. Lorraine is too busy imagining the roaring applause of an audience to notice that her lifeless circumstances demand that she care for her ostensible loved ones. Instead, she has hired a surrogate and sidekick — a Serbian home aid, Ljuba, who attends to the sick while playing second banana to Lorraine’s over-the-top kitchen-sink performance.

Lorraine and Ljuba do most of the talking, and for much of the play it is, indeed, happy talk, as the women bond like suburban housewives in sisterly solidarity. That all comes to an end when Lorraine demonstrates why her own daughter abandoned the household years ago, and why her husband stopped talking at all.

Ljuba needs a green card so she can bring her family over to the United States and is looking for an entrepreneurial American citizen who is willing to take her life savings in return for a fake marriage. Lorraine plays Cupid, and since she is a self-possessed actress, the role is not metaphorical. Happy Talk may be only a one-act play, but Lorraine believes that all the mischief stirring in her mind deserves the marquee of a Broadway blockbuster. Her manipulations are Shakespearean in scope; her put-downs and deceptions worthy of an evil Iago.

Eisenberg, whose depictions of Mark Zuckerberg and Lex Luthor aside, often conveys an endearing and awkwardly likeable quality on screen, writes convincingly about much more menacing characters on stage. His Lorraine has a cheerful presence that meekly masks a mean streak that would rival any domineering diva. Not unlike the roles he has written for himself, she is at once begrudging and dumbfounded by her less than stellar circumstances—more star-crossed than anything that could possibly share space on the Hollywood Walk of Fame.

And that lamentation is precisely what Lorraine has been acting out on the various people who are mere props in her life, bit players in a drama for an audience of one — herself. The most dramatic role she will ever play is the one staged in her own home — unwilling cast members be damned. This role demands of Sarandon that she, literally, over-act in order to capture Lorraine’s flamboyant and corrosive mental state, as Eisenberg delves into the seedier side of the human psyche.

It’s a tough act to pull off, but playwright and actress are game. The irony of the play’s title is not lost on either of them. Happy talk is just a cover for darker impulses, white noise creating the illusion of calm. Family bonds and friendship are fragile, if not altogether fake. The screen tests and endless auditions end in rejection; the parts awarded to other actors. All that chatter before the final curtain.

The play has a limited engagement at The Pershing Square Signature Center though June 16.