Screaming at Cops and Filliping Off a Hotel to...Own Trump?
Opinion

Screaming at Cops and Flipping Off a Hotel to…Own Trump? 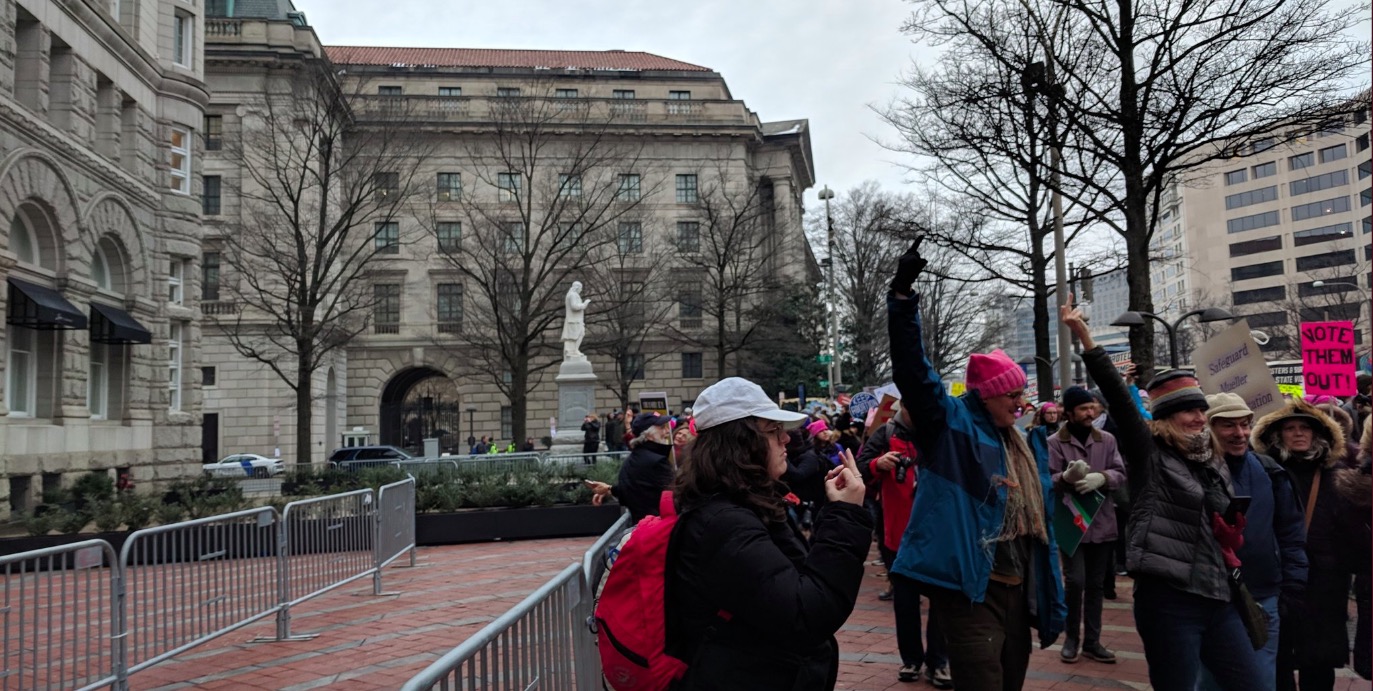 With the Women’s March in full swing on Saturday, they started their march right at Pennsylvania and 12th Street, which just so happens to be where Trump International Hotel Washington, D.C. is located.

Guarded by railings and D.C. police officers, I decided to plant myself in front of the old post office and just observe the people’s reaction as they walked by. It did not take long for people to start acting out.

Countless people were taking selfies and group photos of themselves giving the middle finger to a building that bears President Donald Trump’s name, but of which he was not in at the time. (He was spending part of the day to receive the remains of fallen service members.)

Now some people are flipping off the Trump Hotel. #WomensMarch2019 pic.twitter.com/tGBYr6pVxR

Chants of “fuck you,” “shame,” and “get the fuck out of my country” happened more times than I care to remember.

Of course it wasn’t just the hotel that got the receiving end of the #resist movement, but also the D.C. police. Many verbally of the marchers berated the officers.

Now some are screaming at the Trump Hotel. One woman screams “why would you want to take a bullet for that man!” at the DC cops protecting the building. pic.twitter.com/eIDNgPMpuK

While I did not get it on video, another protester screamed “And fuck you for protecting his building” at them, to the disapproval of a nearby marcher. Others simply expressed their frustration and anger at the officers for being “complicit” to each other as they walked by.

There were a few, however, who did expressed their gratitude to the officers for being there.

The marchers’ conduct was butt of many jokes on Twitter:

Trump will never recover from this https://t.co/PIzHqXWzRE

Wow, they did it, they impeached him https://t.co/JBJqfbTWlv

how will potus ever recover https://t.co/ByAiPaXSOU

It’s also not hard to compare the conduct between this march and the March For Life which occurred the day before.

The pro-life people certainly have reasons to dislike the Supreme Court, since Roe v. Wade was decided in that very building, but instead of flipping it off and cussing out the police, people chose to pray.

Mary takes a quiet moment to pray in front of the court #MarchForLife2019 @March_for_Life pic.twitter.com/GDllgenmeZ

Now it would be make more sense if these people did this at the White House, but it in the end, as with most things with politics, they did it to harvest those sweet, sweet, likes and retweets.