Trump Said the Synagogue Shooting is ‘Hard to Believe.’ But Hate-Fueled Violence is Becoming Reliable. 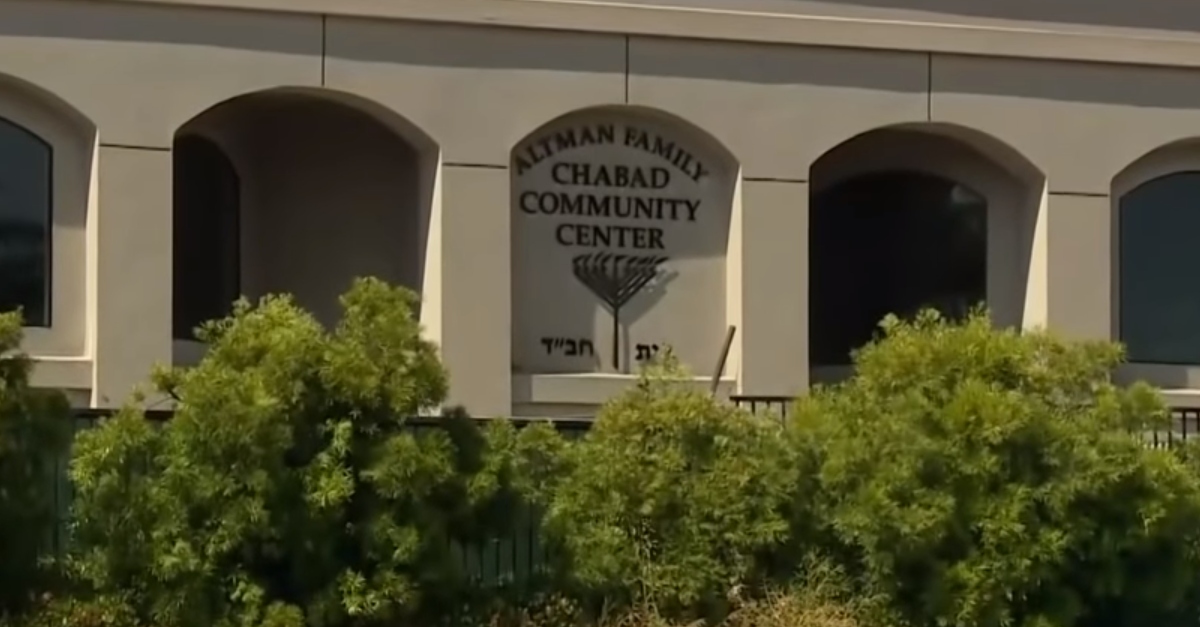 Elijah the Prophet was nowhere to be found in San Diego on the last day of Passover—especially not at the Chabad Synagogue, where one congregant was killed and three injured, including the rabbi, by a right-wing extremist packing a semiautomatic rifle on Saturday morning.

In keeping with anti-Semitic violence spreading the globe, a symbolic seat was set aside in the synagogue not for Elijah, the resolver of all disputes, but for the Angel of Death, that final plague that passed over the Jews before their exodus from Egypt, but wickedly followed the Diaspora for millennia thereafter.

True to form, the San Diego assailant was on a crusade for Jewish death, six months to the day when eleven were murdered and six injured in a similarly motivated white supremacist shooting at the Tree of Life Synagogue in Pittsburgh. The Chabad in San Diego, and the Tree of Life in Pittsburgh, are now bi-coastal anti-Semitic bookends, an unthinkable reminder that houses of worship are no longer such safe houses. Synagogues are, undeniably, targets — whether, as in recent years, in Paris and Copenhagen, or now in Pittsburgh and San Diego. The day of rest for Jews suddenly runs the potential for bloody dog-day afternoons, with helicopters overhead, police scrambling about, yellow tape quartering off crime scenes, and the sight of Jersey barriers and additional security the next day.

Most people will only dimly remember that a similar Passover attack on Jewish gathering places occurred five years ago in Kansas City. Paradoxically, Christians ended up as the only victims that time.

The San Diego shooter took to social media months ago to admire the handiwork of the gunman in Pittsburgh, along with the legacy of Hitler. He also reminded us that Muslims have it no better than Jews. He proudly took credit for an arson fire on March 24 at the Islamic Center in Escondido, California. Seven people were inside the building, but thankfully, none were injured.

In true rightist, nationalist, white supremacist fashion, turns out he is an equal opportunity hater.

All this comes as a coda to the church bombings in Sri Lanka this week and the killing of 50 Muslims at two mosques in New Zealand in mid-March. With the recent fire at Notre Dame placing the cathedral in the news, it should be remembered that in Victor Hugo’s The Hunchback of Notre-Dame, the church is a sanctuary for the scorned. Today, seemingly, places of worship can no longer guarantee refuge for anyone.

For this reason, cultivating unities is a good survival strategy. Jews and Muslims are being forcefully reminded that they are brothers not only in the bible, but also in arms, sharing the indignity of anti-immigrant fervor—stigmatized, scapegoated, and murdered for the same psychotic rationales.

Perhaps this is a good time to point out that only in universities are Jews considered privileged white colonialists. Ultranationalists are clearly not of the same opinion. For them, Jews are as unwelcome as any darker skinned, marginalized, intersectional American, or European, for that matter. The extreme left and right can, apparently, agree on only one thing: No Jews or Zionists allowed.

Government officials are designating the San Diego shooting as a “hate crime,” as if it could be anything else. A man walks into a synagogue firing a machine gun while spewing anti-Semitic slurs. Surely he entered without love in his heart. President Donald Trump speculated that it “looks like a hate crime. Hard to believe.”

Really? How hard? In our polarized country, divided by so many grievances, smoldering anger everywhere, hatred may be the one believable, reliable truth. Since the shooter was acting alone, the president mercifully withheld the “very fine people on both sides” assessment, unlike how he described the Unite the Right rally in Charlottesville. No moral equivocation. This time the act was plainly condemnable.

But perhaps not enough to stem the causalities of social media. Anti-immigrant messages on Facebook and Twitter have become the preferred soapbox of those who once would have had their mouths washed out with soap. Social media providers hide behind the First Amendment, choosing not to act responsibly — or at all. European nations at least make regulatory demands. America polices the internet no more vigilantly than it once did the Wild West.

As for American Jews, the realization is finally dawning that their country is not immune from the world’s oldest prejudice. “It couldn’t happen here” is no longer a surety. Once there were mere quotas; today killings may become customary. The rising statistics of anti-Semitism are written in blood.

European Jews are still in greater danger, of course, largely because American Muslims, unlike their European counterparts, have displayed little violence against their Jewish neighbors. Indeed, the presence of righteous neighbors renders any throwback to the 1930s a feeble comparison. Most Americans and their civic leaders have shown an outpouring of solidarity. Flowers and candles are left; assistance is offered. It’s very different, actually, except for the funerals.

Thane Rosenbaum is an author of many works of fiction and nonfiction, an essayist and a Distinguished Fellow at NYU School of Law where he directs the Forum on Law, Culture & Society. He is the Legal Analyst for CBS News Radio. His forthcoming book is entitled, “Crossing the Line: The High Cost of Weaponized Speech.” Visit: www.thanerosenbaum.com