Green New Spiel? Beto Rolls Out Climate Plan, All But Handcuffs Himself to Ocasio-Cortez
GREENS

Green New Spiel? Beto Rolls Out Climate Plan, All But Handcuffs Himself to Ocasio-Cortez 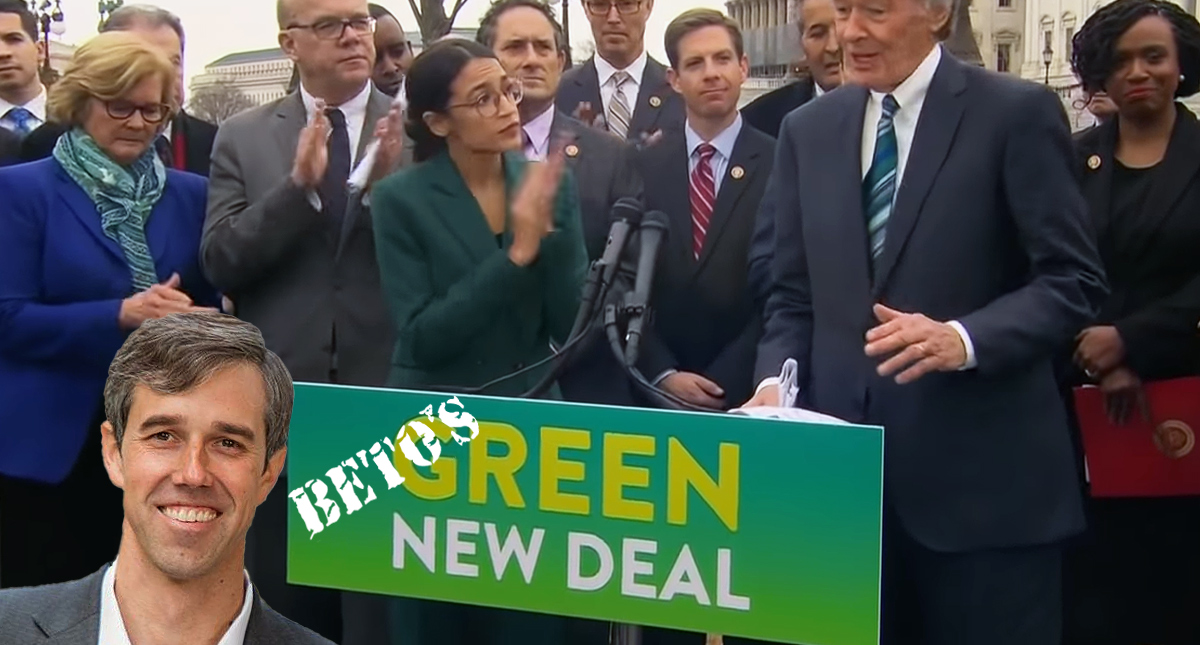 Democratic presidential hopeful Beto O’Rourke on Monday released the details of his climate plan, and will visit Yosemite to pitch it. His four-part policy proposal may sound familiar, but it only mentions the Green New Deal proposed by Rep. Alexandria Ocasio-Cortez once – by name anyway.

O’Rourke lays out that these huge prices — which in the proposal are referred to as “single largest investment in fighting climate change in history,” and “the world’s largest-ever climate change investment” — would be paid for by “changes” to taxes.

“The bill will be funded with the revenues generated by structural changes to the tax code that ensure corporations and the wealthiest among us pay their fair share and that we finally end the tens of billions of dollars of tax breaks currently given to fossil fuel companies,” it says without elaboration.

He also promises “a series of forceful executive actions” across “all sectors of the economy” on day one in office. It calls for reentering the Paris agreement, consumer regulations, $500 billion a year to “decarbonize,” and more.

“To have any chance at limiting global temperature rise to 1.5 °C and preventing the worst effects of climate change, the latest science demands net-zero emissions by 2050,” it reads in the paragraph that mentions AOC’s plan. “By investing in infrastructure, innovation, and in our people and communities, we can achieve this ambition, which is in line with the 2050 emissions goal of the Green New Deal, in a way that grows our economy and shrinks our inequality.”

Previously, O’Rourke has referred to the Green New Deal as the “best proposal” he’s seen, and compared the effort for it to the “sacrifice” and “scale of commitment” required for winning World War II and recovering from the Great Depression.

His proposal on Monday is aligned with the Green New Deal’s basic premises, including the scale and scope of what Americans are expected to sacrifice, and the lack of specificity on how to actually do it. Except to say that it will be an enormous expenditure and require massive government work.

“We will need a full mobilization of our democracy and economy,” says O’Rourke. “It’s not called the Green New Deal, but if it you can’t tell the plans apart you’ll be forgiven.”