Andrew Yang Issues Statement on Backlash to Israel Tweet: ‘I Mourn For Every Palestinian Life Taken’ 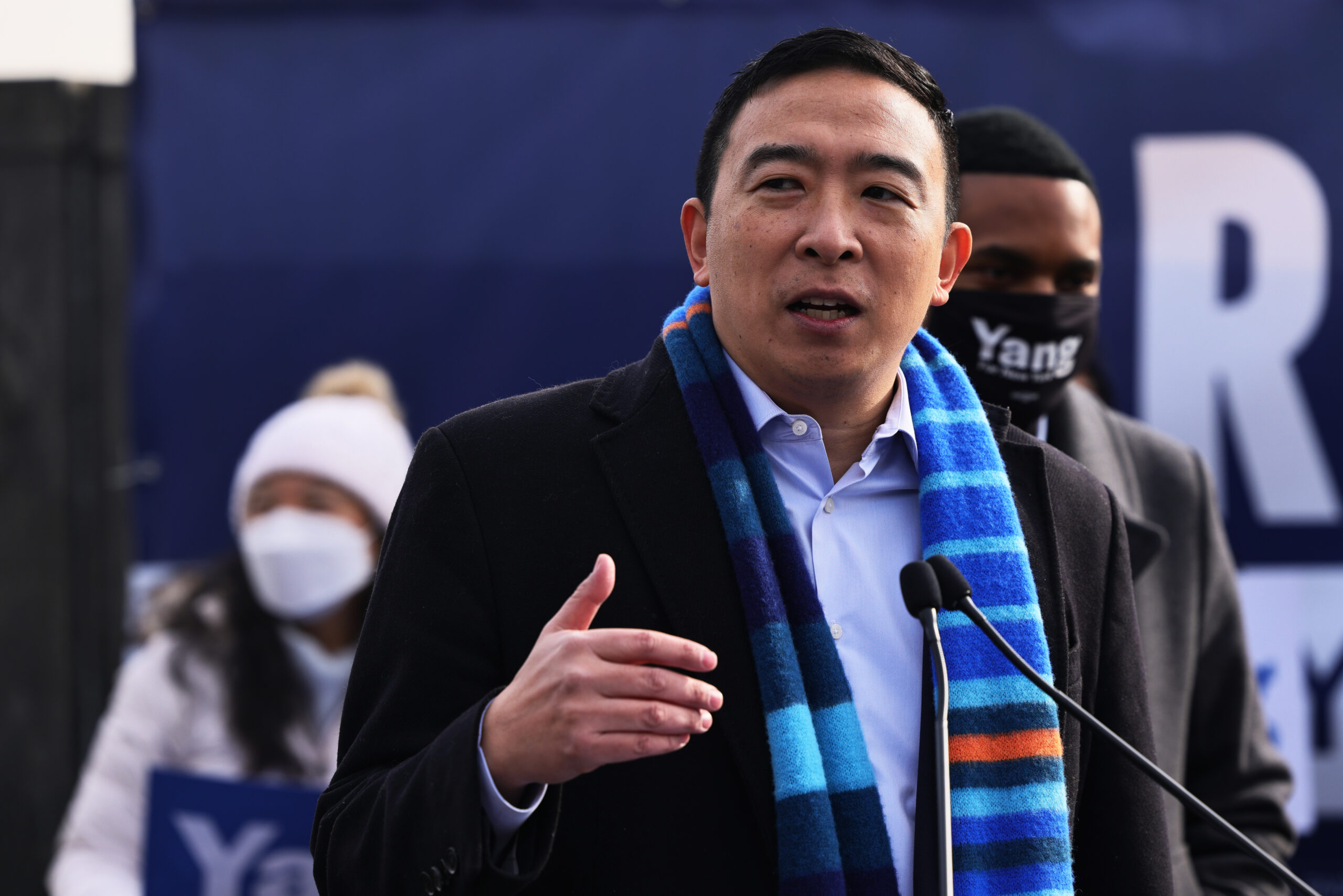 Andrew Yang, a leading contender for New York City mayor, issued a lengthy statement on Wednesday addressing the backlash to his tweet expressing support for Israel amid the explosion of violence between Israelis and Palestinians.

“I’m standing with the people of Israel who are coming under bombardment attacks, and condemn the Hamas terrorists,” Yang wrote on Tuesday. “The people of NYC will always stand with our brothers and sisters in Israel who face down terrorism and persevere.”

The tweet drew unlikely support from the likes of Sen. Ted Cruz (R-TX). But it also sparked fury among progressives who accused Yang of ignoring the innocent Palestinians killed by Israeli airstrikes in the current crisis.

“Utterly shameful for Yang to try to show up to an Eid event after sending out a chest-thumping statement of support for a strike killing 9 children,” New York Congresswoman Alexandria Ocasio-Cortez (D) wrote of the Yang tweet.

In a statement posted to Twitter on Wednesday with a prayer emoji, Yang said he spoke with volunteers on his campaign who were “upset” that his tweet was “overly simplistic” and “failed to acknowledge the pain and suffering on both sides.”

“They were, of course, correct,” Yang wrote. “I mourn for every Palestinian life taken before its time as I do for every Israeli.”

I spoke to a group of volunteers for the campaign yesterday, some of whom have been with me for years. Many of them were upset with my recent tweet expressing solidarity with the people of Israel in conjunction with the violence in the region this week that has claimed the lives of innocents and children on both sides.

They expressed to me that they follow and support me for a number of reasons, one is that I am a clear-headed person who follows facts. The other is that I am a human being who stands for universal values of fellowship and goodwill. They felt that my tweet was overly simplistic in my treatment of a conflict that has a long and complex history full of tragedies. And they felt it failed to acknowledge the pain and suffering on both sides.

They were, of course, correct.

I mourn for every Palestinian life taken before its time as I do for every Israeli. Suffering and pain and violence and death suffered by anyone hurts us all. All people want to be able to live in peace. We all want that for ourselves and our children.

Support of a people does not make one blind to the pain and suffering of others. Again, most everyone simply wants to be able to live and pray in peace.

And that is what we want as well. I join with millions around the world in praying that the current situation be resolved as quickly as possible, peacefully and with minimal suffering.

For those who have spoken to me on this – thank you. Continue to believe in humanity.