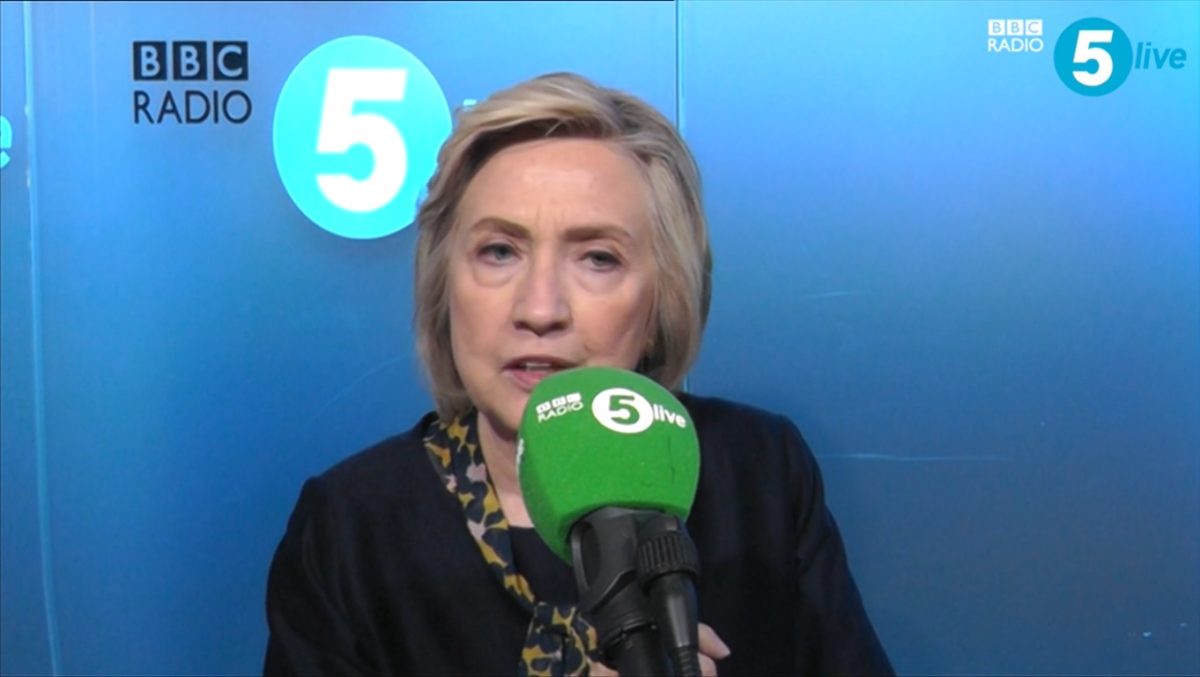 2016 Democratic presidential nominee and former Secretary of State Hillary Clinton called out tabloid newspapers in the United Kingdom during an interview with the BBC, Tuesday, for their war against Prince Harry’s wife, the Duchess of Sussex Meghan Markle.

“To think that some of your, what we would call mainstream media, actually allowed [racist and sexist commentary] to be printed in their pages, or amplified, was heartbreaking and wrong,” Clinton declared (via the Daily Beast), noting that “race was clearly an element” in some criticisms of Markle.

“She is an amazing young woman, she has an incredible life story. She has stood up for herself, she has made her own way in the world. And then she falls in love, and he falls in love with her, and everybody should be celebrating that because it is a true love story,” Clinton continued. “I feel as a mother I just want to put my arms around her. Oh my God, I want to hug her. I want to tell her to hang in there, don’t let those bad guys get you down.”

Clinton’s daughter Chelsea Clinton also expressed her opinion that there is a “racist and sexist element” to some stories about Markle.

“We each have to do what we think is the right thing for ourselves and in her case I would imagine for her son. If taking action against the Mail on Sunday is that […] that’s what she has to do,” she proclaimed. “I think absolutely there’s a racist and a sexist element to what’s going on here.”

In September, Prince Harry and Markle launched a lawsuit against the owners of The Daily Mail‘s Sunday paper Mail on Sunday, explaining that Markle had “become one of the latest victims of a British tabloid press that wages campaigns against individuals with no thought of the consequences.”

“There is a human cost to this relentless propaganda, specifically when it is knowingly false and malicious, and though we have continued to put on a brave face – as so many of you can relate to – I cannot begin to describe how painful it has been,” their statement declared. “Because in today’s digital age, press fabrications are repurposed as truth across the globe. One day’s coverage is no longer tomorrow’s chip-paper.”

In an emotional clip last month, Markle also told filmmakers, “Not many people have asked if I’m ok.”