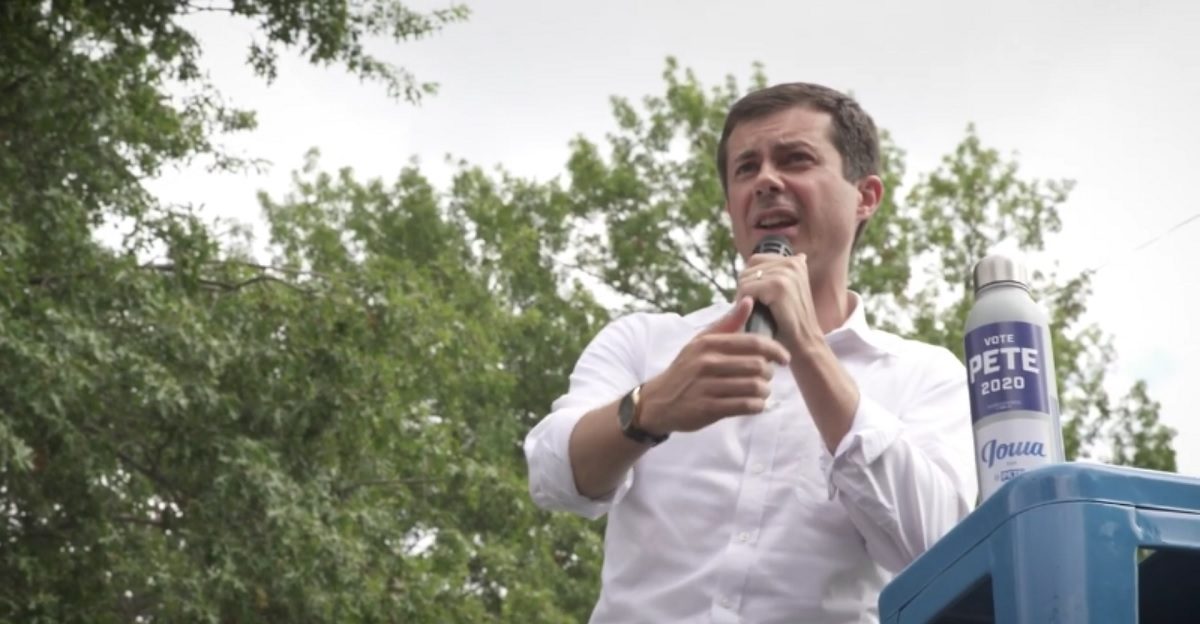 Since polling over the summer, Buttigieg is up 14 points to 22 points, just three points ahead of former Vice President Joe Biden. Senator Elizabeth Warren comes in at 18% with Senator Bernie Sanders the only other candidate in double digits at 13%.

South Bend Mayor Pete Buttigieg has joined former Vice President Joe Biden, Massachusetts Sen. Elizabeth Warren, and Vermont Sen. Bernie Sanders at the top of the leaderboard in the third Monmouth University Poll of the 2020 Iowa Democratic caucuses. Buttigieg’s gains since the summer have been across the board, with increasing support coming from nearly every demographic group.  Regardless, less than one-third of likely caucusgoers say that they are firmly set on their choice of candidate and most would not be too disappointed if they had to switch their support.  The poll also finds that Mike Bloomberg receives a chilly reception among Hawkeye State Democrats as he considers whether to make a late entry into the nomination contest.

Also interesting is the favorable-unfavorable rating trends for Democratic candidates, represented below by a Monmouth produced chart repurposed here: 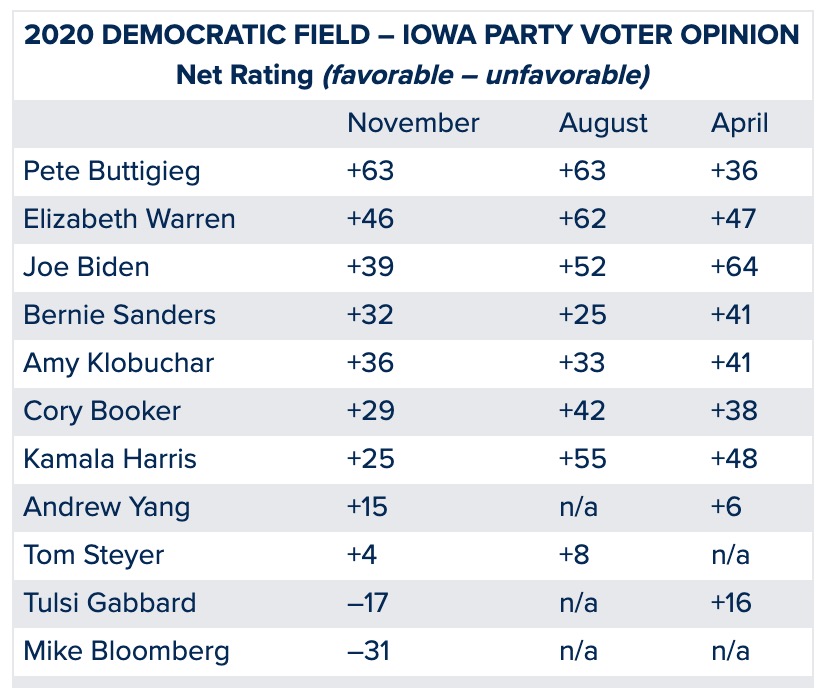