Pelosi: Barr ‘Lied Under Oath’ So ‘I’m Not Speaking’ on Anything He Has to Say 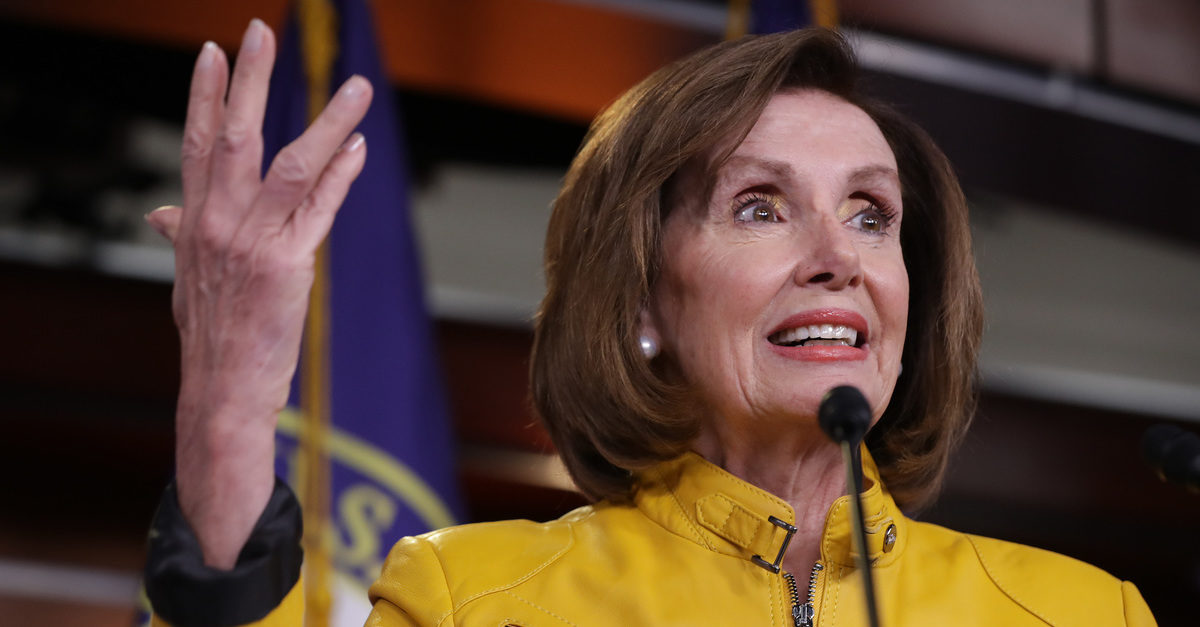 House Speaker Nancy Pelosi (D-CA) said Tuesday that she will no longer be discussing actions made by Attorney General William Barr because she believes he lied while under oath and testifying before Congress.

“I don’t even want to address him,” Pelosi shot back to a reporter who asked the top Democrat about Barr accusing Democrats of attempting to gin up “some kind of public spectacle” by bringing former special counsel Robert Mueller before Congress.

“He has lied to Congress as the attorney general of the United States,” she added. “He’s lied under oath. I’m not speaking to anything more that he has to say.”

During a House Appropriations subcommittee hearing in April, the attorney general claimed to have no knowledge of Mueller’s team taking issue with some of his public comments clearing Trump of wrongdoing, but it was later revealed that Mueller had called and sent a letter to Barr expressing concern over his remarks.

Pelosi has previously said that Barr “misled” Americans and needs to provide “answers” regarding his testimony on Mueller’s report.

“It’s time for DOJ to release the full report & all underlying docs — and finally allow Mueller to testify. Americans deserve the facts,” she wrote in May. “Barr must stop standing in the way.”

Attorney General Barr misled the public and owes the American people answers. It’s time for DOJ to release the full report & all underlying docs — and finally allow Mueller to testify. Americans deserve the facts. Barr must stop standing in the way. https://t.co/9mfIaKSOSj