Rep. Eliot Engel Caught on Mic at Protest: ‘If I Didn’t Have a Primary, I Wouldn’t Care’ About Making a Speech 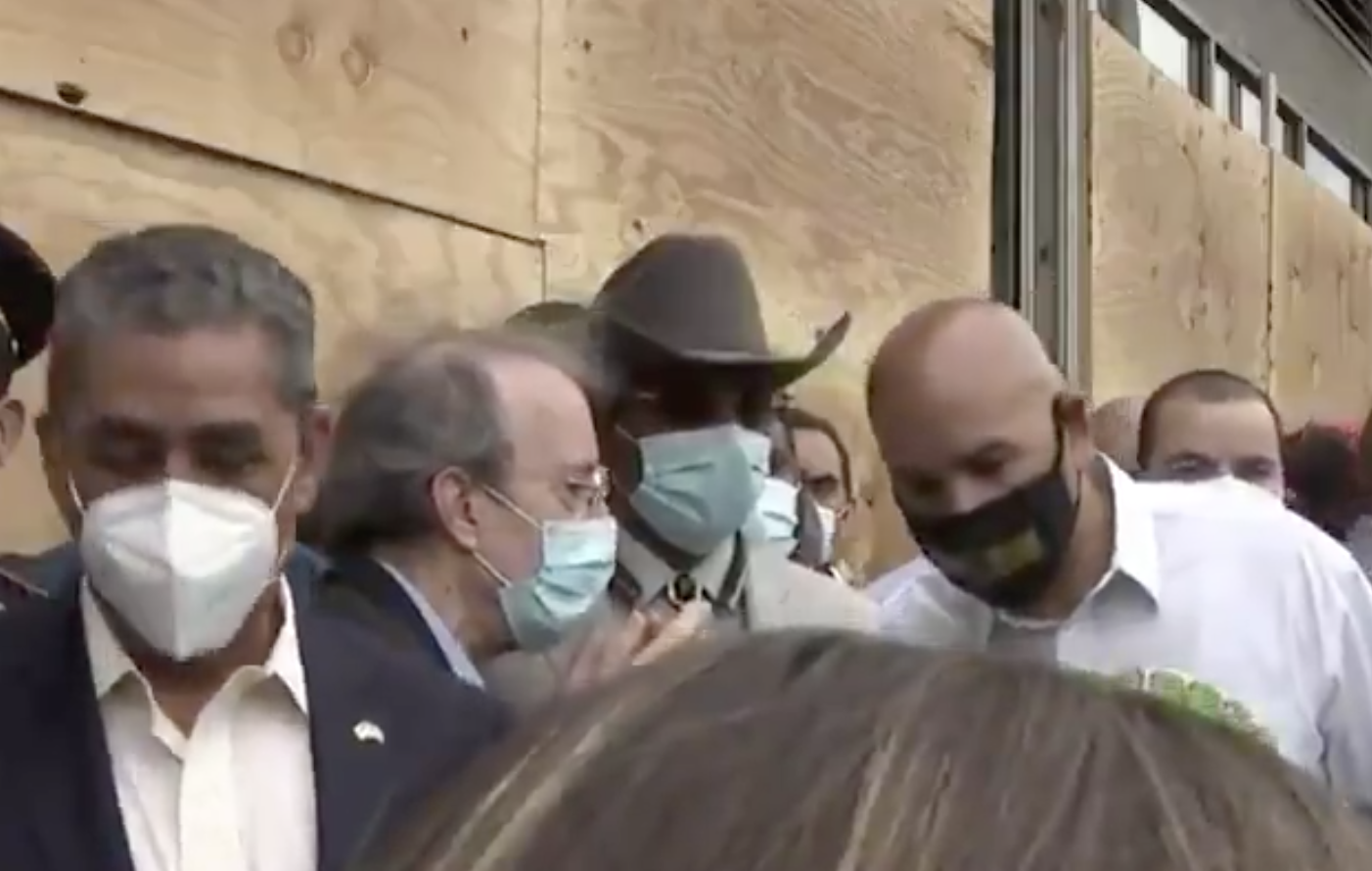 Rep. Eliot Engel (D-NY) is facing backlash for getting caught saying “If I didn’t have a primary, I wouldn’t care” before making a speech at protests in the Bronx. The exchange aired live on a hot mic from the Bronx’s News 12.

Our cameras were rolling as @RepEliotEngel asked BP @rubendiazjr if he could speak at a press event this afternoon and was heard saying “if I didn’t have a primary I wouldn’t care.” (Cont…) @News12BX pic.twitter.com/7IeK5PgeNg

Engel is facing Jamaal Bowman for his seat, his first serious challenger in 20 years. He’s held the seat since 1989 and progressive candidates opposing him have challenged his record on foreign policy.

On Tuesday afternoon, Engel stood near almost a dozen other politicians who were anxious to speak about local vandalism and protests happening in New York City. Without knowing, News 12 had its microphone and camera going. Ruben Diaz Jr., the Bronx borough president, told the officials that not everyone could speak because “we will never get out of here.”

“If I didn’t have a primary, I wouldn’t care,” Engel said.

“If I didn’t have a primary I wouldn’t care,” Engel repeated.