Here’s the Capital Gazette‘s First Issue After Fatal Attack on Their Newsroom: ‘We Are Speechless’ 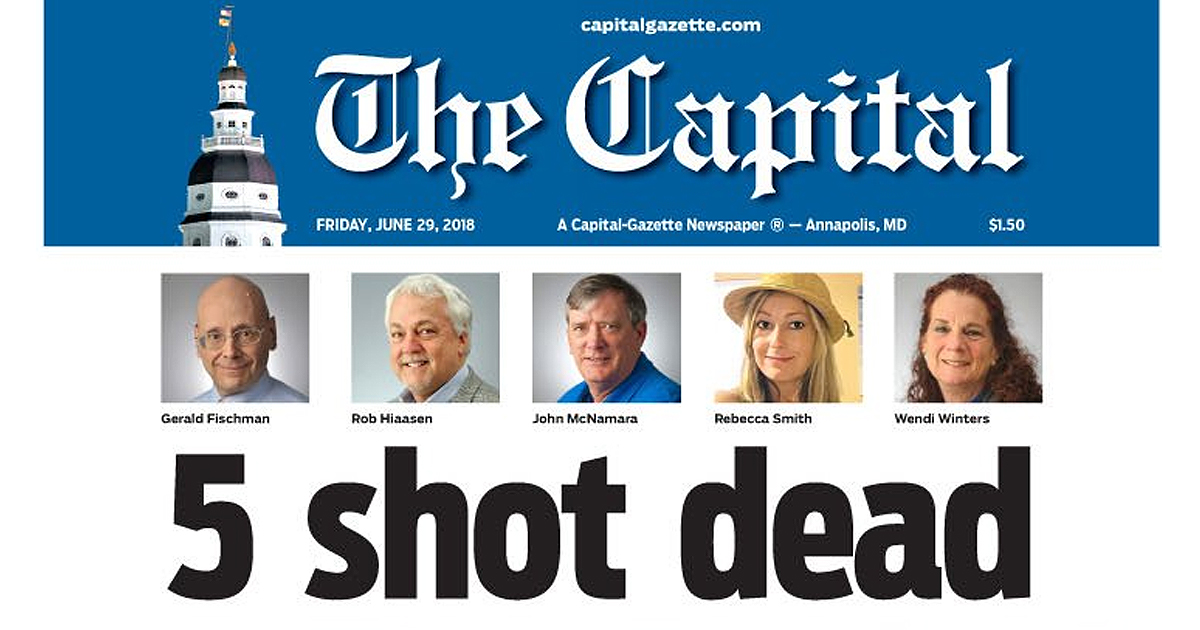 The Capital Gazette released a new edition of their paper today despite the horrific attack against their newsroom just hours ago.

After five Gazette workers were killed and others were wounded by a crazed gunman yesterday, there were a number of questions about whether they’d put out a new issue after the rampage. Several members of the Gazette have spoken to the media and released public statements mourning the loss of their colleagues, though their team also said they’re “putting out a damn paper” today in spite of everything.

As promised, here it is:

If one picks up the paper and turns to the Opinion section, however, you’ll find the first page is almost completely blank. Instead of a column, readers will see the Gazette‘s somber tribute to their co-workers.

Tomorrow this Capital page will return to its steady purpose of offering readers informed opinion about the world around them. But today, we are speechless. pic.twitter.com/5HzKN2IW7Q

“Today, we are speechless. This page is intentionally left blank today to commemorate victims of Thursday’s shooting at our office: Gerald Fischman, Rob Hiaasen, John McNamara, Rebecca Smith, Wendi Winters. Tomorrow this page will return to its steady purpose of offering our readers informed opinion about the world around them, that they might be better citizens.”