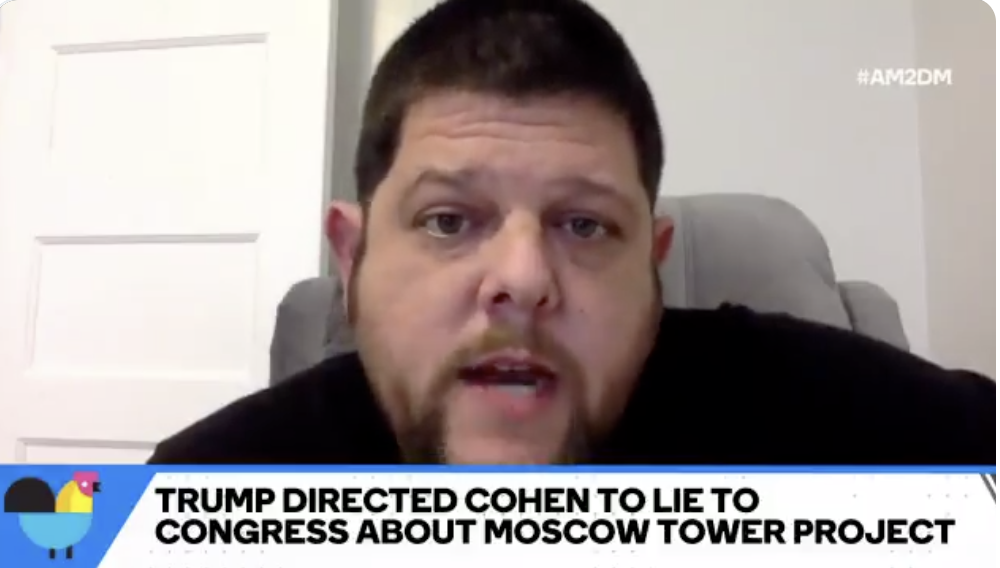 "It's fucking bullshit, man. Read the story." @a_cormier_ has some words for the Trump supporters who think Michael Cohen fed BuzzFeed News the latest update on the Trump/Russia story pic.twitter.com/JyuZOhWNFj

“It’s f*cking bullsh*t, man,” Cormier told hosts of Buzzfeed‘s early morning show, AM 2 DM. “Read the story. Michael Cohen is not a source. He wouldn’t comment. If you want, you can impune the sources, but at least get them right.”

Cormier added the two sources in question are “high-level law enforcement officials” involved in the Trump-Russia investigation, but that he’d love to personally get comment from the former Trump attorney, who has been ignoring his calls.

“I’d love to talk to Michael Cohen,” he said. “Michael, if you’re out there, you know my cellphone number, give me a call.”

Watch above, via BuzzFeed.