CNN fact-checked President Donald Trump with graphics during his Cabinet meeting press conference, noting his attacks on the Emoluments Clause and former President Barack Obama are not true.

Trump was speaking about Obama’s book deal and his deal to produce Netflix documentaries and original series, trying to suggest he made those deals while he was in office. “He has a deal with Netflix. When did they start talking about that? That’s only a couple of examples,” Trump said.

A fact-check graphic thrown up on screen noted that this is not true. 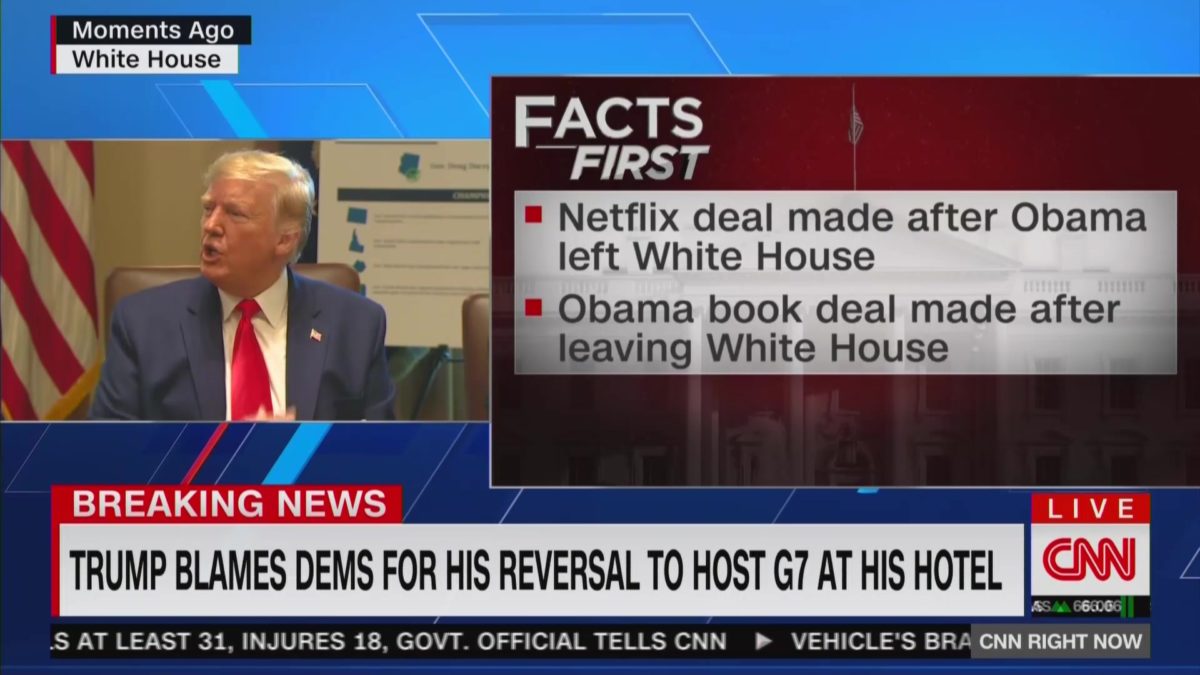 Soon after Trump derided commentators who cited the Emoluments Clause of the Constitution as a reason why he should not host an event with foreign leaders at a resort he still owns.

“I don’t think you people with this phony emoluments clause — by the way, I would say it costs about $200,000 to be president. I have the best business, I have the best properties. Between what I lose and what I could have made,” Trump said while arguing he was losing money from his ownership of Trump National Doral Miami, while also insisting the resort was doing fine.

CNN threw up a graphic featuring the text of the Domestic Emoluments Clause from Article II, Section 1, Clause 7 of the Constitution. 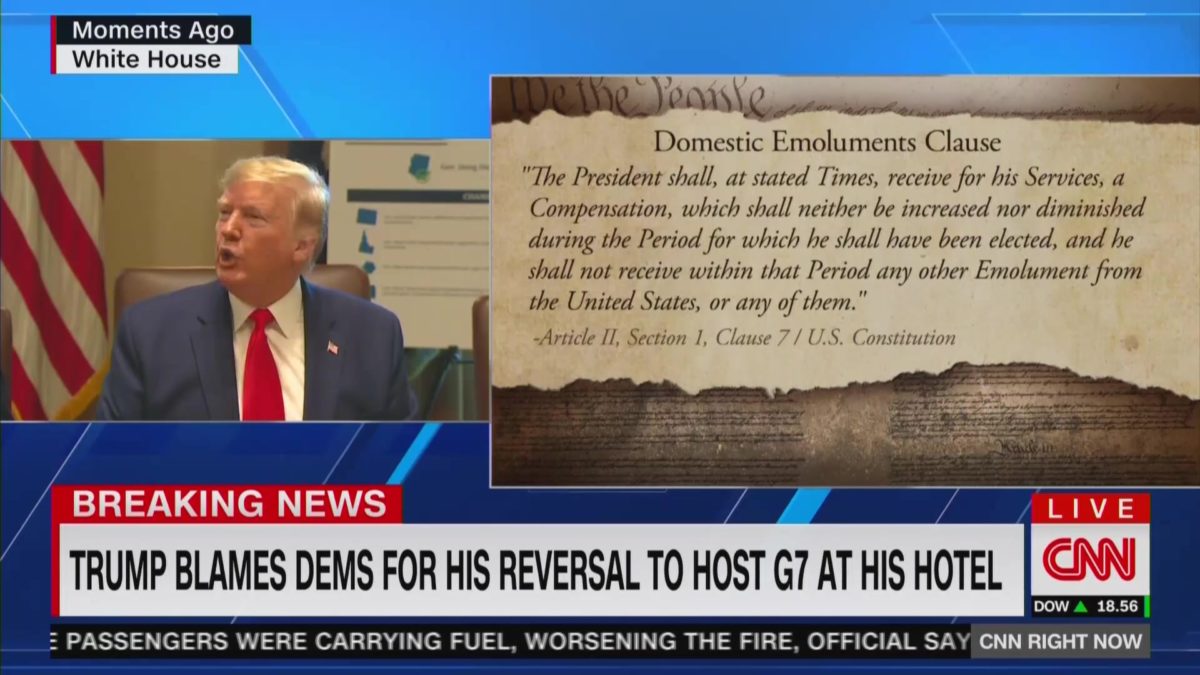 “The President shall, at stated Times, receive for his Services, a Compensation, which shall neither be increased nor diminished during the Period for which he shall have been elected, and he shall not receive within that Period any other Emolument from the United States, or any of them,” the clause reads.