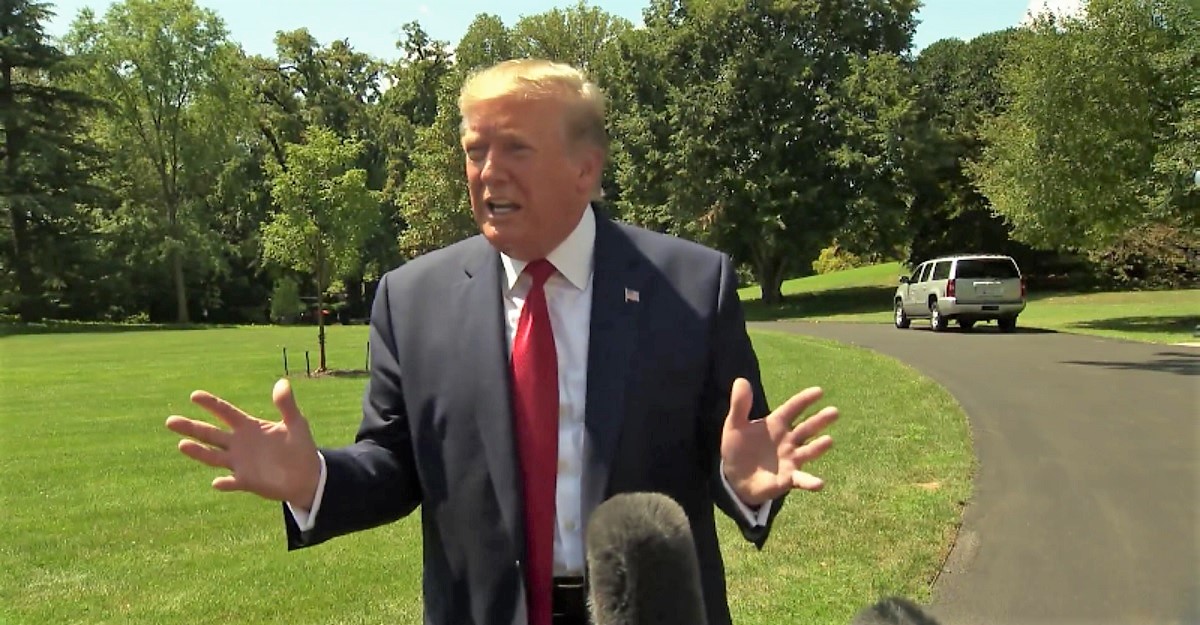 A secret whistleblower complaint about President Donald Trump by a member of the US intelligence community reportedly focuses on multiple actions, including at least one unspecified promise Trump made to a foreign leader in Ukraine.

According to breaking news in the New York Times, two sources confirmed that the complaint, which Trump’s acting Director of National Intelligence has refused to share with Congress, details more than one instance of questionable behavior by the president. Questions have swirled around Washington about the details of the whistleblower since it was first reported last week. And this latest, incremental peek at the complaint comes via leaks of Thursday’s closed-door Congressional testimony by Michael Atkinson, the intelligence community’s Inspector General.

“Though it is not clear how exactly Ukraine fits into the allegations, questions have already emerged about Mr. Trump’s dealing with its government,” the Times noted. “He spoke on July 25 with President Volodymyr Zelensky and said he was convinced that Ukraine’s new government would quickly improve the country’s image and investigate corruption, which ‘inhibited the interaction’ between the two nations, according to a Ukrainian government summary of the call.”

Ken Vogel, a reporter who covers corruption and the influence of money on politics for the Times also added some context to the latest details on the whistleblower complaint. He noted that Trump’s personal lawyer, Rudy Giuliani, has previously suggested a quid pro quo involving improved US relations with Ukraine and the Trump campaign’s re-election interests.

CONTEXT: For months, TRUMP’s allies, most notably RUDY GIULIANI, have pushed UKRAINE to investigate TRUMP’s rivals, including JOE BIDEN, creating the perception that US support was contingent on Ukraine’s willingness to play along. https://t.co/UjSbxSlGIw