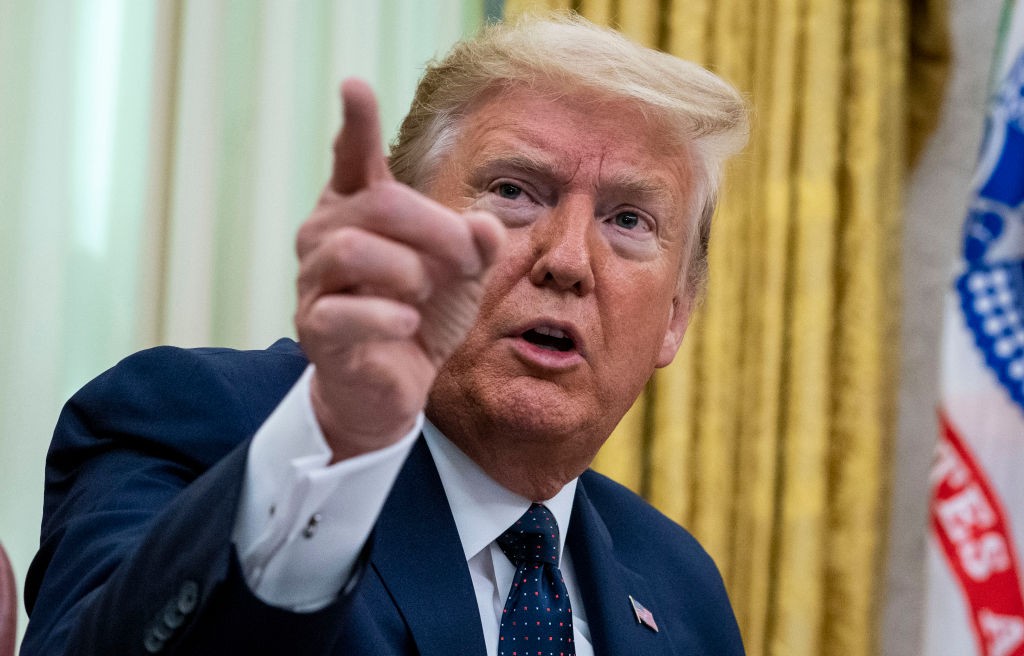 As his number of days left in the Oval Office grows shorter, the list of people a “sullen and vengeful” Donald Trump thinks have betrayed him keeps growing longer.

According to a Washington Post report, the now-twice impeached president is “increasingly isolated” and fuming over the lack of public support from almost every part of his inner circle, from his son-in-law to one of his favorite Fox News prime-time hosts, from his own White House press secretary to his chief legal champion of the election fraud conspiracy theories. And topping Trump’s grudges is his own vice president, Mike Pence.

With less than seven days remaining in his presidency, Trump’s inner circle is shrinking, offices in his White House are emptying, and the president is lashing out at some of those who remain. He is angry that his allies have not mounted a more forceful defense of his incitement of the mob that stormed the Capitol last week, advisers and associates said.

Though Trump has been exceptionally furious with Vice President Pence, his relationship with lawyer Rudolph W. Giuliani, one of his most steadfast defenders, is also fracturing, according to people with knowledge of the dynamics between the men.

Pence’s allege betrayal is by now obvious — he dared to choose the Constitution over his fealty to Trump.

Rudy Giuliani’s arrival on the Judas list, however, centers on his continuing to charge and exorbitant $20,000 a day fee while have zero percent success with pushing absurd conspiracy theories to overturn the election. In response, Trump, in keeping with a long-standing pattern, has now refused to pay them.

Other former Trump favorites are also now suspected by a paranoid president of having abandoned him as his presidential legacy sinks to unprecedented lows.

But wait, there’s more! Even some of the friendliest faces in the media have fallen short of his expectations, allowing calls for his resignation and not-so-subtly moving on.

Another former senior administration official, who has been briefed on some of the president’s recent private conversations, said Trump has expressed anger not only with Pence and some of his aides but also with longtime media defenders who have deserted him, including Wall Street Journal columnist Kimberley Strassel, and others he believes have not fiercely defended him, including Fox News Channel host Laura Ingraham.

“He is feeling increasingly alone and isolated and frustrated,” one administration source told the Post, as the Trump White House unravels to a chaotic, ignominious end. “It’s like death by a thousand cuts.”