Plane Banners Taunt Trump At Mar-a-Lago: ‘You Pathetic Loser,’ ‘Worst President Ever,’ ‘Go Back to Moscow’ 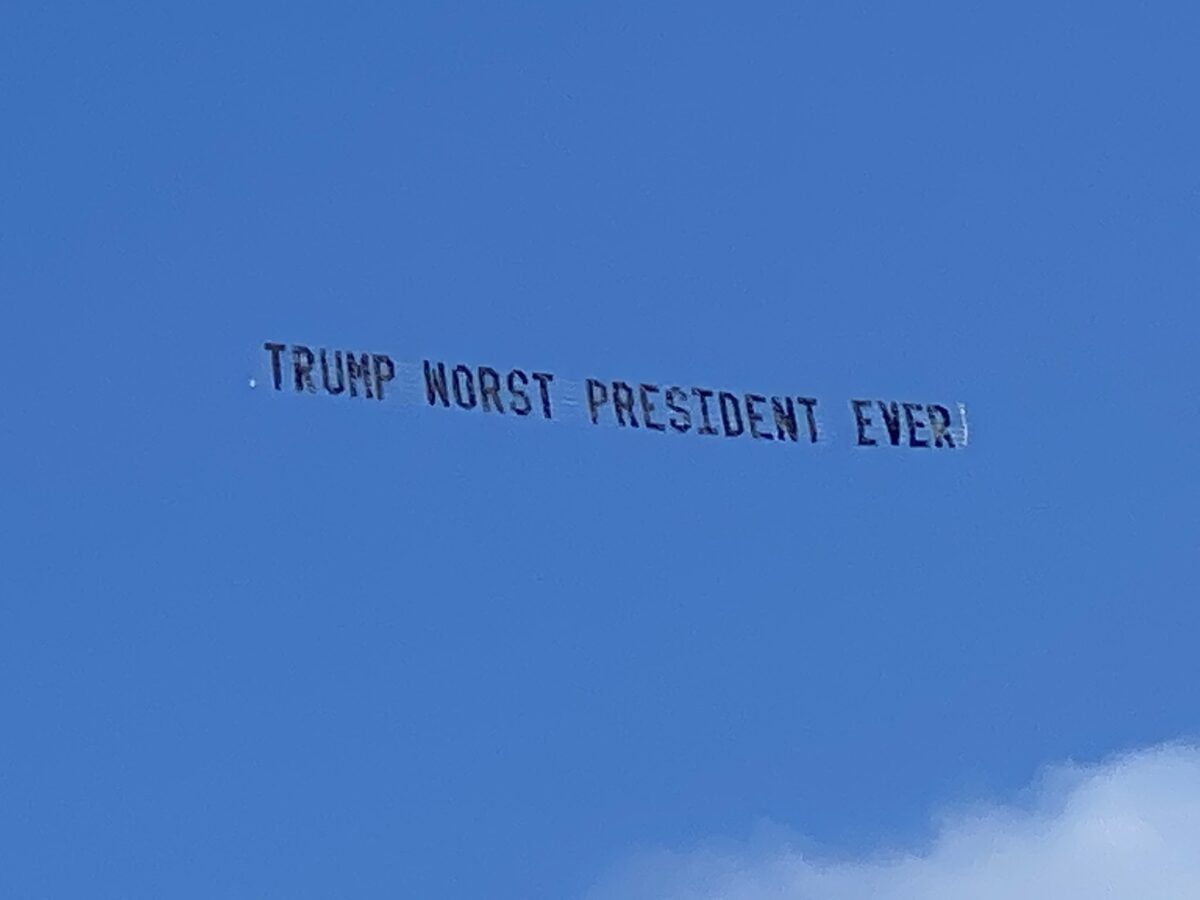 Former President Donald Trump is getting a less-than-friendly homecoming at Mar-a-Lago: his neighbors are threatening to sue to enforce the zoning restrictions against the private club being used as his legal residence, and Sunday afternoon, planes flew past the beachfront property with insulting banners taunting him as the “WORST PRESIDENT EVER” and urging the “PATHETIC LOSER” to “GO BACK TO MOSCOW.”

Attorney and frequent Trump critic Daniel Uhlfelder posted several tweets showing the banners, along with jesting comments, “Trump is getting [a] warm welcome from the skies near Mar-a-lago today” and “Welcome back to Florida Mr. Trump.”

Trump is getting warm welcome from the skies near Mar-a-lago today pic.twitter.com/S6uUFx3t30

Paxton Boyd, a reporter with the local Palm Beach CBS affiliate, also posted a video of one of the plane banners flying by.

It’s unclear what person or organization paid for the aerial insults, but the planes were undoubtedly taking advantage of the now-lifted flight restrictions that were previously enforced over the area when Trump was still president.

In 2017, the Palm Beach Post reported on a local business that was forced to close down its Palm Beach business and sell two of its planes after Trump was elected and began frequently spending weekends at Mar-a-Lago.

Skywords Advertising, owned and operated by a husband and wife team, lost 82 percent of their area contracts when they were unable to fly when Trump was visiting, as most banner advertising contracts are for weekends. Their contracts did not require refunds for “unanticipated flight restrictions,” but the owners told the Post they did not feel it was right to keep the money and issued about $250,000 in refunds.

Attempts to reach Skywords Advertising for comment were unsuccessful.