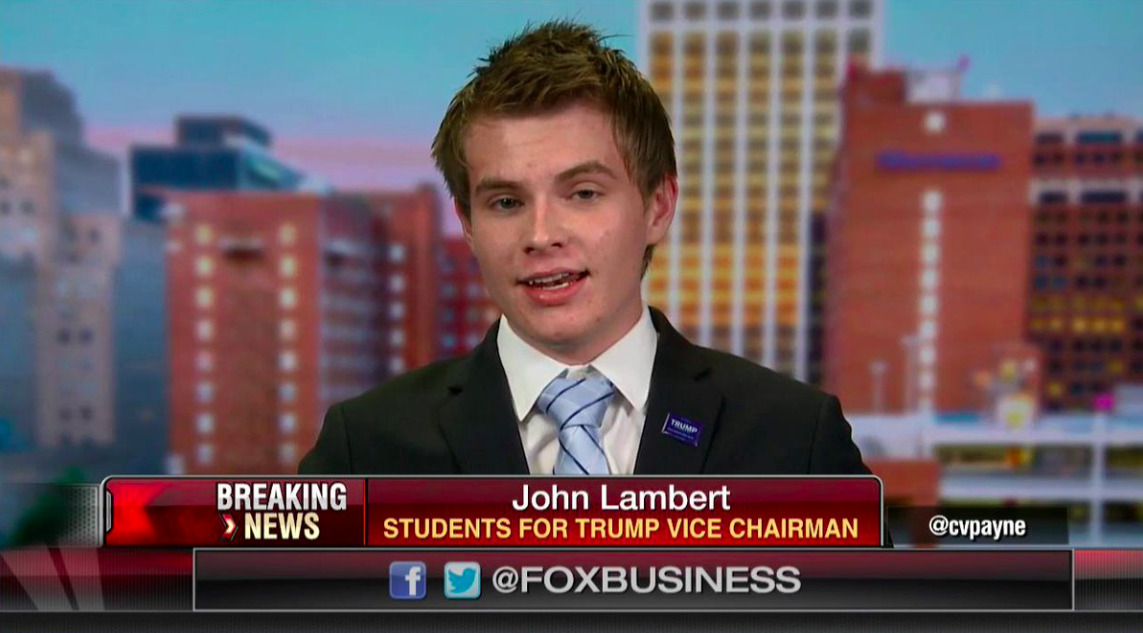 Lambert, who, during the 2016 elections, helped start a grassroots youth organization in support of then-candidate Donald Trump, was hit with the wire fraud charges in spring 2019 after he was caught posing as a lawyer and claiming to be named Eric Pope. Under this alias, he started a site for a law firm he dubbed “Pope & Dunn,” claimed to have graduated from NYU Law, and began working with an unidentified accomplice to pose as “qualified lawyers” who provided “legal services,” according to remarks Lambert made in court on Tuesday that were reported by the New York Post.

“Are you an attorney?” asked Judge Valerie Caproni in a follow-up question to Lambert.

Lambert, who is from Knoxville, Tennessee, also said he operated the fraud scheme starting in 2016 when he was a student at Campbell University and living in North Carolina. According to a Politico Magazine piece on Lambert’s crimes, the young Trump supporter was inspired to make money posing as a lawyer after watching the 2013 Martin Scorsese film The Wolf of Wall Street, which depicts the life and downfall of a securities fraudster who spent 22 months in prison.

Lambert’s plea deal includes him forfeiting $46,654 and facing 21 months or less in prison.

“John Lambert represented himself to clients as a prominent New York attorney with a law degree from an elite law school. But Lambert’s de facto career was one of a grifter: he had never been to law school and certainly wasn’t an attorney,” Manhattan U.S. Attorney Geoffrey Berman said in a statement Tuesday. “Today, Lambert admitted to his crimes and faces time in prison for his misdeeds.”

During the 2016 campaign, Lambert, along with the Students for Trump co-founder Ryan Fournier, helped organize grassroots events at various college campuses and other venues in support of then-candidate Trump. The two also made appearances on networks like Fox Business and Fox News to promote their organization; though, it is unclear just involved they were in the race, as the Trump campaign sent Lambert and Fournier a cease and desist letter after the two pretended to actually represent the campaign. Students for Trump is now being run by Turning Point USA founder Charlie Kirk and working with first-son Donald Trump Jr. on a massive get out the vote campaign to prepare for Trump’s reelection run in 2020.