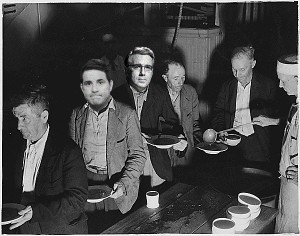 Earlier this morning, Austan Goolsbee, the Chairman of the Council of Economic Advisers said that job growth in the last month had increased by 159,000 paying jobs. The sectors with the biggest growth included Education, Health Services, and Retail Trade. Unfortunately, one category that is still actively losing jobs is that of News Personalities with Terrible, Terrible Judgement (heretofore called NPwTTJ). With many analysts now concerned that Keith Olbermann may never again step before an MSNBC camera, it appears that this trend is set to continue.

In the past few months, an alarmingly large number of NPwTTJs have been losing their jobs. It wasn’t always like this. In the mid to late 90s, during the cable television boom, it seemed like any NPwTTJ could get a job anywhere. In fact, they were typically given their own prime time programs where their TTJ was disguised as opinions or they got morning shows where they themselves were disguised as “Friends.” However, at some point, the bubble popped and the jobs stopped coming and started vanishing. All kinds of TTJ that used to be lauded with ratings and better timeslots, like the classic “saying vaguely racist shit,” was now leading to a quick and severe pink slip.

It hasn’t been all bad, however. There was a slight uptick earlier this week when CNN courageously hired 132 NPwTTJ’s to comment during their election night coverage. However, like census jobs this summer, that upward swing in only temporary. Fox News contributed by making a strong stance to never ever fire a NPTTJ no matter how T their J may be. The Obama Administration also tried hard to stem the tide. Knowing that NPTTJs were now losing their jobs over saying offensive things, the government cleverly attempted to hide every single one of their accomplishments from the general public so that no one could talk about them. They also tried to make President Obama’s personality as boring as humanly possible (a strategy employed brilliantly by the Democrats in the 2004 election).

But the job loss kept coming. Who can be blamed though? Certainly not the NPwTTJs themselves. Some say they should have known better, but they’re only doing what we told them we wanted. Over the past few decades, we’ve made it clear that we want are NPs to stupidly break every possible basic tenet of journalism. We want them to be loud and biased and arrogant and to put themselves as far in front of the story as humanly possible. So, when Rick Sanchez thinks it’s a good idea to imply that Jews run the media or when Keith Olbermann decides to wantonly break the regulations of the network he’s on, it should only be expected. If it was any other year, they would have probably been rewarded.

Whatever the case, the situation for NPwTTJs remains dire, with the light at the end of the tunnel nowhere in sight. These poor, hardworking souls who once held steady jobs will now be sitting at home, wondering how they’ll feed their families. And the worst part? They’ll have to know that their jobs have been outsourced to their hated enemy: Politicians with Terrible, Terrible Judgement.