Jeff Zucker Concedes CNN Has Been ‘A Little Too Liberal’ 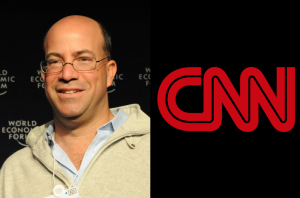 The President of CNN Worldwide is seeing the advantage of presenting its content down the middle of the aisle as opposed to inadvertently favoring one side.

In a Wall Street Journal piece investigating the sweeping “ratings bonanza” that CNN has had in the 2016 election cycle, Jeff Zucker admitted that perhaps in the past the network has ostracized some viewers with its coverage. “I think it was a legitimate criticism of CNN that it was a little too liberal,” Zucker conceded.

CNN’s prime-time nightly audience has more than doubled since the start of 2016 in the key 24-54 demographic. WSJ notes that although the network has struggled in the past, it, “…nipping at the heels of Fox News… and is roughly doubling the audience of MSNBC, the weakest of the three major cable news channels.”

On the issue of presenting a more balanced political palate of analysis, Zucker continued, “We have added many more middle-of-the-road conservative voices to an already strong stable of liberal voices. And I think that we are a much more-balanced network and, as a result, a much more inviting network to a segment of the audience that might not have otherwise been willing to come here.”

CNN has also found itself in the unique position of raising the price for prime-time advertisements, with 30-second spots going for as much as $7,000 up from $5,000 this time in 2015, according to WSJ. (We should note here that this is common for all networks in election years.)

A spokesperson for Fox News released the following statement in response, saying, “It only took them 35 years to realize there’s actually another point of view in this country.”