Representative Jason Crow (D-CO) said he is looking at ways for Congress to possibly censure Majorie Taylor-Greene over her “depraved” conspiracy theories.

As a member of the House Committee on Armed Services, Crow gave an interview to CNN’s John Berman on Wednesday to address Congress’s upcoming attempt to impeach President Donald Trump for inciting the insurrectionist mob that laid siege to the U.S. Capitol. Berman turned the conversation toward Taylor-Greene, a QAnon acolyte who claims “President Trump will remain in office.

“This Hail Mary attempt to remove him from the White House is an attack on every American who voted for him,” she tweeted. “Democrats must be held accountable for the political violence inspired by their rhetoric.” 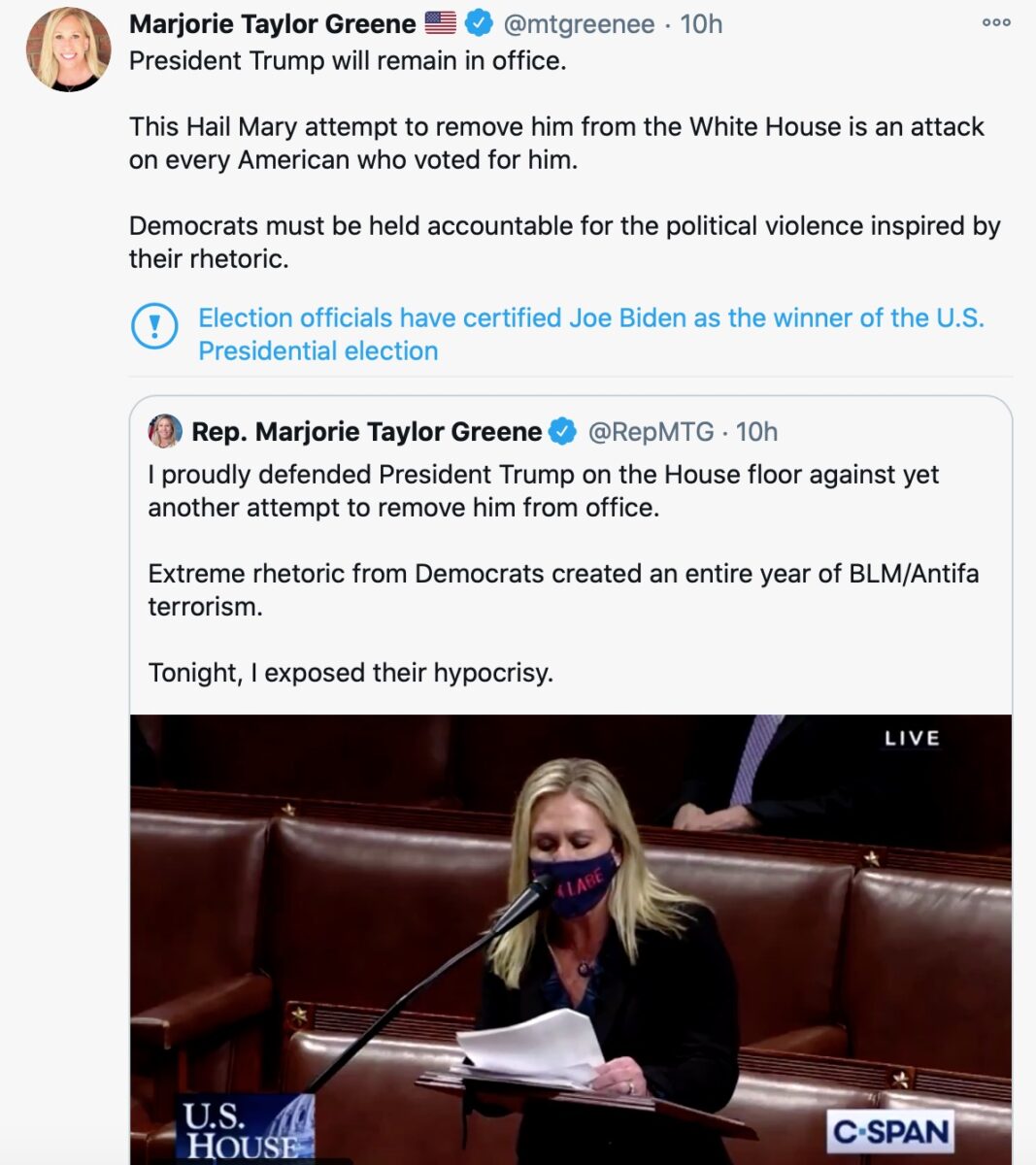 Berman was “shocked” that Taylor-Greene still has a Twitter account with all of her conspiracy theories, and Crow said she’s one of several people in Congress who are “morally bankrupt, depraved, frankly dangerous individuals.”

“We’re looking at our options within the House as to how we stop this,” Crow said. “And whether this is an expulsion proceeding, a censure, we can’t let this stand because this is exactly my point. Donald Trump is one thing, he’s shown us time and time again who he is. But he doesn’t do this without support.”

Crow concluded by explaining that so many people were influenced by Trump’s claims about the 2020 election because of “a few depraved individuals who give oxygen to these conspiracy theories” instead of calling them out as false and unsubstantiated.