David Axelrod Dismisses IRS Scandal On NBC: Too ‘Stupid’ To Be Politically Motivated 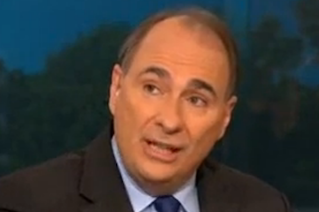 David Axelrod sparked a heated exchange with David Gregory’s roundtable on Meet the Press Sunday morning, when he attempted to widen the debate over the IRS scandal to undermine the concept of 501(c)(4)s in general.

“You heard Senator Schumer say these 501(c)(4)s, these are the groups IRS was looking at, should have a standard that no more than ten percent of their activities be involved in politics,” Axelrod said, responding to Chuck Schumer’s proposal earlier in the program. “But someone has to make that judgment. I think there’s something peculiar about that. The whole 501(c)(4) concept needs to be looked at. Groups applying for tax exemption and also to keep their donors secret, that’s the benefit they get from that. How do you decide what is political and not political? You’re inviting this kind of problem.”

Representative Marsha Blackburn apparently thought Axelrod missed the point of the scandal. “The problem with this is, they were going after the conservative groups and not after liberal groups,” Blackburn said. “So there was a targeting mechanism that was built into that. And then individuals, conservative individuals that seem to be going after. It is the IRS using their position for political intimidation.”

“I think it was an idiotic thing to do,” Axelrod said. “But I will point you to the Inspector General’s report that said it wasn’t done for a political reason. They were flooded with applications.”

“That’s tough to swallow,” Republican strategist Ana Navarro said. “When you’re a Republican, it’s hard to swallow that it wasn’t done for political reasons, when the words chosen for target words were conservative, tea party…It’s very easy for your side to say it isn’t political. It’s very hard for our side to accept it when we’re the ones being targeted.”

“If there was somebody political involved in this, it never would have happened,” Axelrod said, “because it was the stupidest thing you could have imagined.” (An almost identical point was made by fellow Obama spokesman David Plouffe on This Week.)

“We’ve been getting anecdotal evidence for two years,” Blackburn said. “You look at what Lois Lerner did. You know there had to be an agenda.”