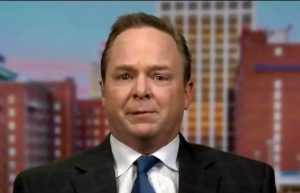 During a segment on Fox News this afternoon, Dr. Kevin Campbell expressed hope that the incoming presidential administration will provide hope to certain segments of the population and help reduce suicides and drug overdoses.

Speaking to host Jenna Lee, Campbell first discussed heart disease and preventative health care, making the case that we need to reduce the obesity rate in children and educate patients on better diets.

Lee then switched the subject to the rising rates of suicide, drug overdoses and chronic liver disease from alcohol abuse that have been seen in white middle-aged Americans. Saying she sees “sadness” as the main cause of these issues, she wanted to know what Dr. Campbell’s take on it was.

“There is a lot of hopelessness in the country and opioid addiction is huge,” the medical professional said. “That is a huge cause of death.”

Campbell then said he was hopeful that the incoming administration would improve the mood of the population and reduce these tragedies.

“We have to give our kids hope again,” he noted. “And I hope with the new administration we do that and make people feel good and support our children and support our seniors and make sure everybody feels like they have a fighting chance.”

Of course, a Trump presidency may not necessarily give everyone hope and stave off self-harming tendencies in the population. After Donald Trump won a shocking victory over Hillary Clinton, suicide hotlines received an unprecedented number of calls.