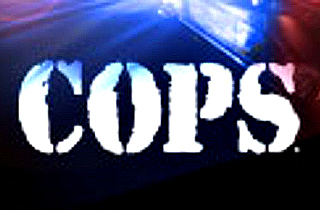 After a 25-year run valorizing America’s police forces to the thumping reggae pulse of Inner Circle’s “Bad Boys,” Fox has canceled its weekly reality TV series COPS. To which we should say: good riddance.

Yes, the show is being picked up by all-things-manly cable network Spike TV, but critics of the increasing militarization of American police should celebrate nevertheless: the long-running series will no longer air its highly-selective take on “policing” to as large an audience as Fox’s Saturday night lineup.

Of all the police reality shows available for viewing today, COPS may actually be the most tolerable. Unlike its cop-shows-on-steroids successors, COPS often did a good job depicting the monotonies of police beat work, and the oddities of dealing with some of the more bizarre domestic disputes. That being said, the show’s legacy is one of glorifying and overlooking abuse through a highly-selective, heavily-edited depiction of “reality.”

As part of its 25-year-long weekly reveling in the humiliation of perps and victims alike, COPS provided a cringe-worthy dose of schadenfreude for those who enjoy hearty laughter at tatted-and-toothless caricatures being taken to task by virtuous, cowboy-like heroes. Viewers with a more skeptical eye, however, might recoil at police officers bragging about “tasing a man” or the weekly knee-in-the-back of a minority teenager for the victimless crime of carrying a bag of marijuana.

Yes, there are many violent crimes broken up by the hardworking police officers shown on COPS, with plenty of gracious victims being helped. But for every breaking up of domestic violence, there are embarrassing displays of arrogance. COPS‘ turning of serious matters into cheap entertainment has often been coupled with the willful neglect of serious issues like police misconduct and civil rights.

Speaking with The American Conservative earlier this year, retired LAPD deputy chief Stephen Downing said of the show: “[T]hey show officers violating the Fourth Amendment routinely, manhandling people, not employing the escalation/de-escalation concepts of the use of force.”

He continued: “The public is conditioned to believe that it is okay for our police to behave in this manner—they see it in fictional movies and television and they see it on COPS, so it must be okay—until they are on the receiving end and personally experience what it is like to be the victim of police misconduct.”

The fantastic AmCon dissection of the show continued with more insight from Downing:

COPS might have set out to paint a sympathetic portrait of today’s police force, but what the average viewer encounters today is rampant arrogance and thinly-veiled contempt for suspects and even victims, whom the officers repeatedly refer to as “buddy” and “hon,” while serving up patronizing mini-lectures for the benefit of the audience. In an effort to appear hardened, they come off as unprofessional and imperious as they ham it up for the viewers.

Another issue with COPS is how little we know about what didn’t make it onto the air every Saturday night. Police departments are given full control over what footage makes it to the public, and that undoubtedly includes the nixing of clips that show officers engaging in negligent mistakes, incompetent behavior, the circumventing of procedural guidelines, etc. It’s no surprise that we’ll never get to see the footage of A&E’s First 48 Hours SWAT officers barreling through a door and fatally shooting a seven-year-old Detroit girl with a flash grenade. While shows like COPS paint a blissfully black-and-white image of good cops/bad perps… any legal expert will tell you they are far from a fair glimpse at police work.

The show’s legacy also includes the hyping of a stereotype that young Hispanic and black males ought to be viewed with suspicion. Unsurprisingly, a 2002 study found that COPS and other reality programs somehow improved the attitudes of whites and males towards the police, while worsening the attitudes among blacks. Upon hearing the news that Fox had canceled the show, activist group Color of Change applauded the decision as a knock against shows that make their bank “exploiting persistent dehumanizing stereotypes that marginalize Black Americans.”

Of course, while COPS may now be relegated to the niche network dustbin, there exist plenty of other cringe-worthy “reality” shows for people to get their juiced-up “f**k yeah, cops” fixings.