Hannity Fires Back at Acosta: He’s Been ‘BEGGING’ to Come on My Show 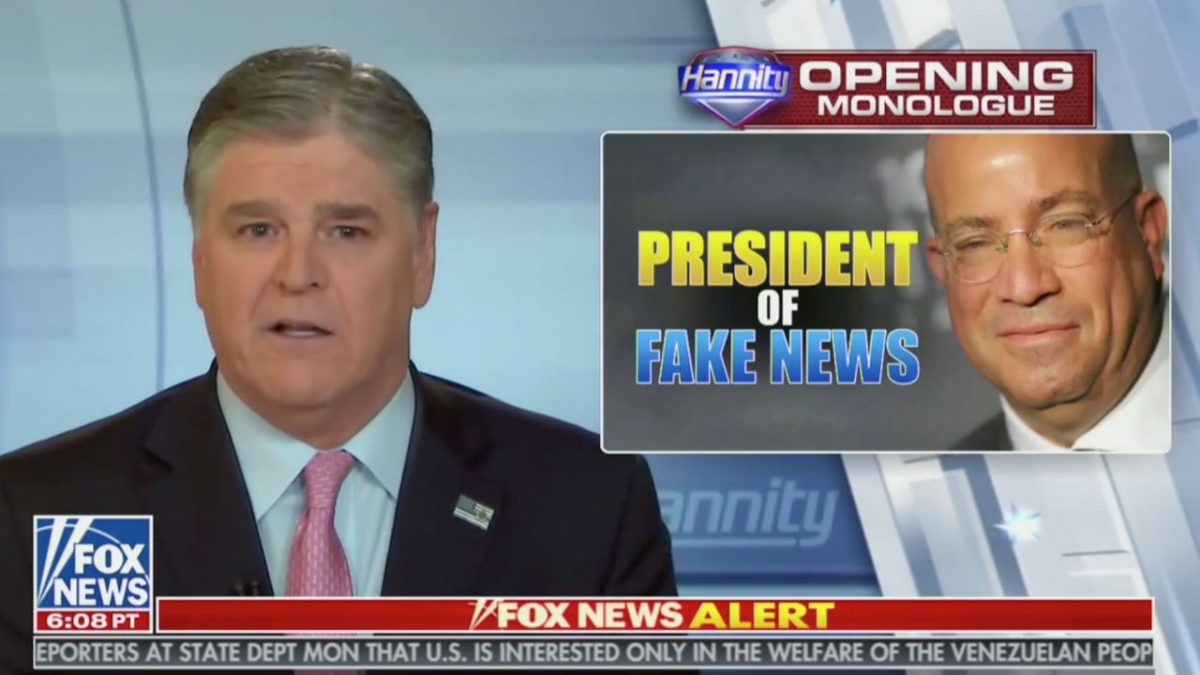 CNN’s Jim Acosta has been making the rounds promoting his new book. Friday, he swiped at Sean Hannity for some shots the Fox News host took at him.

Acosta said Friday he’s offered to sit down with Hannity to talk about his book but they declined. He also shared an excerpt from his book on an encounter with Hannity and Tucker Carlson in which they didn’t say anything to his face after criticizing him on TV so much.

Hearing Sean Hannity is taking some shots at me over my book. Two things Sean… #1 I offered to come on your show and talk about the book and you guys declined. Sad! #2 you’re in the book. It was that time you had a chance to say something to my face but didn’t. Enjoy! pic.twitter.com/d4HElCdFYf

After Acosta swiped at their “fauxmacho man bullshit,” Hannity responded by mocking Acosta for “BEGGING” to come on his show.

Hannity indicated he has no interest in bringing Acosta on his show, saying, “Sorry, I wont subject my audience to conspiracy theory fake news. Go hawk that garbage on the lowest rated cable channel u work for.”

https://t.co/CkvnHh3G2j
It’s true Fake News Acosta’s reps have BEEN BEGGING to be on the #1 show on Cable News & 618 Of the top Talk Radio stations. Sorry, I wont subject my audience to conspiracy theory fake news. Go hawk that garbage on the lowest rated cable channel u work for