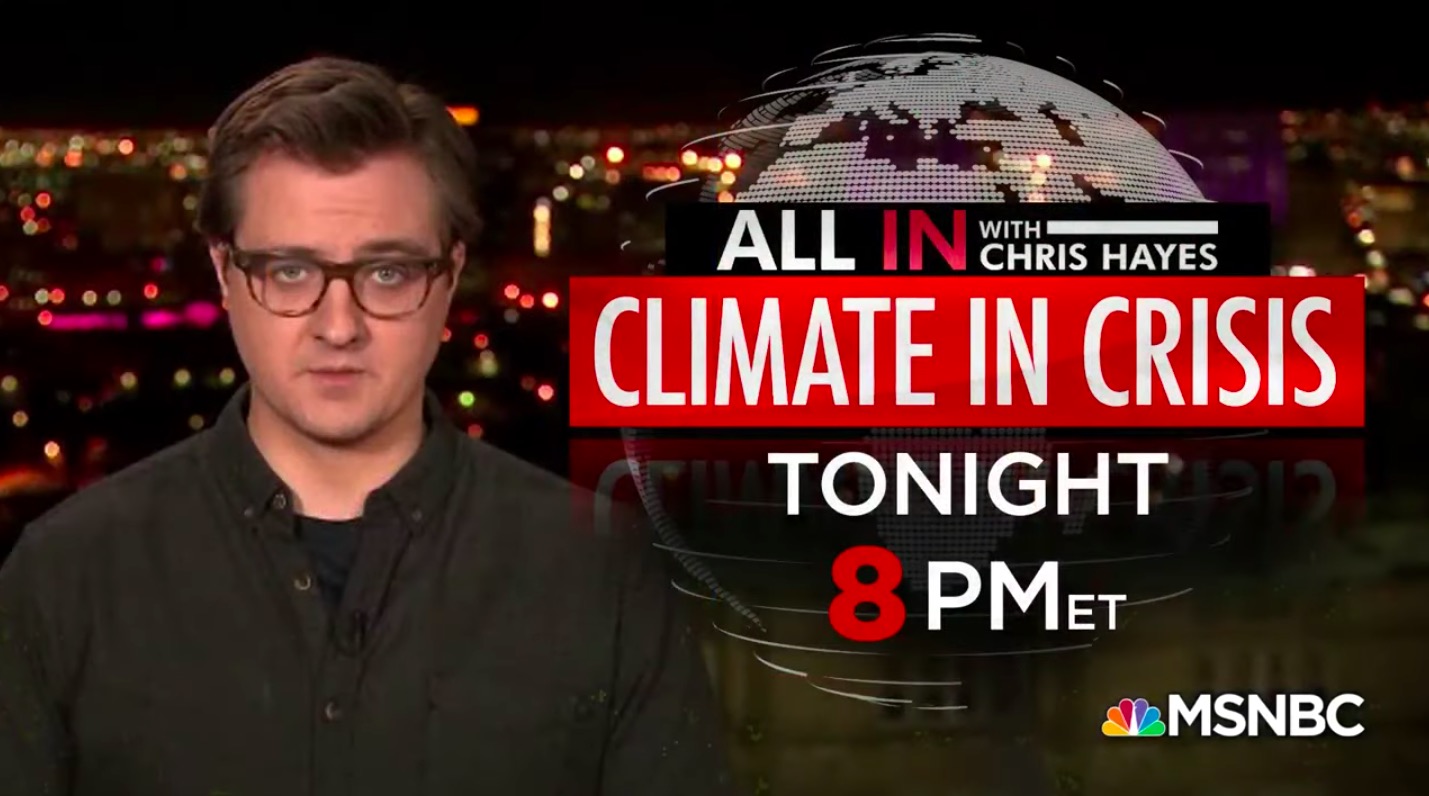 MSNBC’s climate special hosted by Chris Hayes did not fare that well in the ratings over the two nights it aired in primetime on the network last week.

While MSNBC’s Climate Forum took place over the course of Thursday and Friday — and was co-hosted by Hayes and Ali Velshi — Hayes’s 8 p.m. show was dedicated to an hourlong climate special, “All In with Chris Hayes: Climate in Crisis.” The show drew attention to a serious issue, and it bested CNN in the ratings — but didn’t come close to Fox News’ performance.

Friday’s primetime special improved upon Thursday’s, with 1.440 million total viewers ahead of CNN’s 1.030 million, but was still behind Fox News’ 2.710 million.

One notable victory for MSNBC in the ratings is The 11th Hour With Brian Williams beating Fox News @ Night in the 11 p.m. time slot on Friday, with 1.361 million total viewers to Fox’s 1.087 million.

Correction: This post has been updated to note that MSNBC’s Climate Forum did not air on Hayes’s 8 p.m. show last week, which aired a special: “All In with Chris Hayes: Climate in Crisis.”