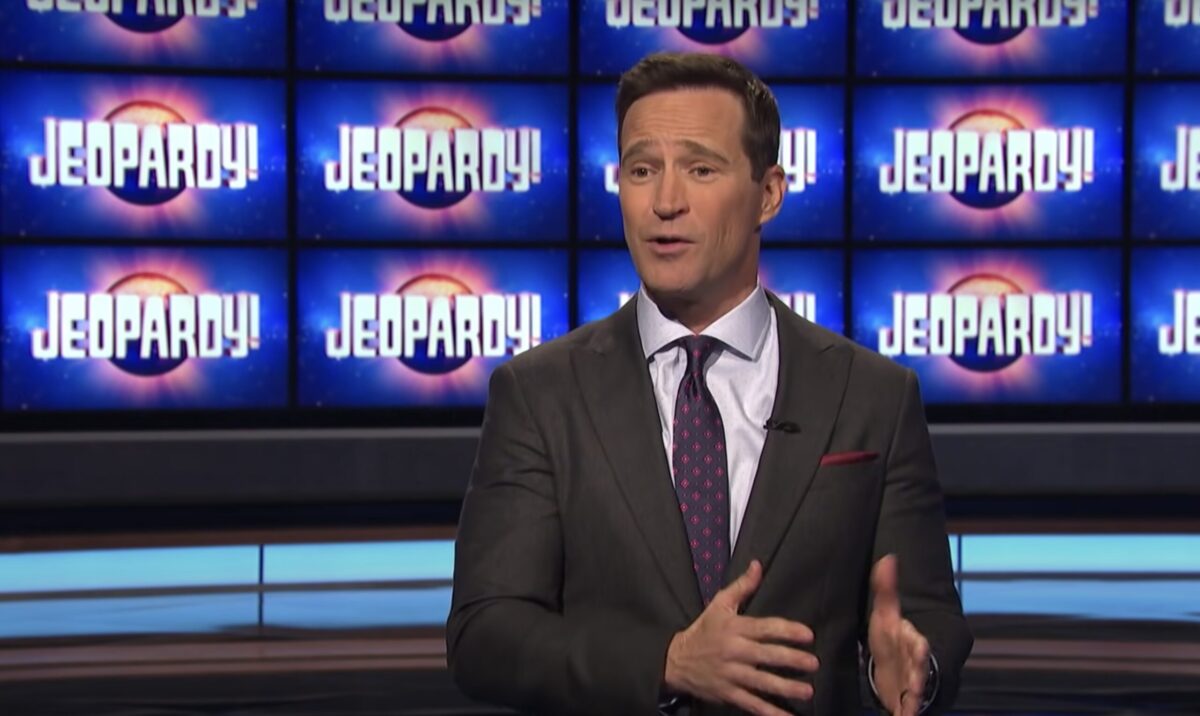 When Jeopardy! executive producer Mike Richards was declared the successor of the late Alex Trebek last week, the announcement spawned a slew of comparisons to Dick Cheney being tapped in 2000 by George W. Bush to find him a running mate, only to land the gig himself.

In a long, long piece published by The Ringer on Wednesday, Richards is portrayed as not only having an insider’s advantage at getting the hosting job, but actively finagling the process to his benefit.

The Ringer flagged a podcast Richards launched in 2013 called The Randumb Show with a former assistant named Beth Triffon.

According to the publication, in one episode Richards asked his female assistant and his female cohost if they had ever taken nude photos, or in his words, “booby pictures.” In one episode, he calls his cohost a “booth ho.”

In another episode, he said women “dress like a hooker” on Halloween.

This part of the story is worth quoting at length because it highlights structural disadvantages faced by internet favorite LeVar Burton and Jeopardy! fan favorite Ken Jennings:

In Burton’s case, fans have complained that the Reading Rainbow star was given just a week’s worth of episodes—filmed in the space of a single tape day—compared to the two weeks afforded to most of the other candidates. Burton’s supporters have also pointed out that his episodes aired in the midst of the Summer Olympics, which caused some to be preempted on NBC affiliate stations and may have contributed to lackluster ratings. Through a representative, Burton declined to comment.

And sources close to the show cast doubts on Richards’s decision-making surrounding Jennings. Many Jeopardy! staffers and former contestants long presumed that Jennings would be Trebek’s anointed successor, an expectation that only grew in the months after Trebek’s 2019 cancer diagnosis. After Jennings won 2020’s Greatest of All Time tournament, Friedman hired him as a consulting producer—a move from contestant to staff that some interpreted as a bridge to hosting, with Jennings’s early duties including presenting categories of his own creation. Trebek furthered this perception, asking Jennings to narrate much of his 2020 memoir, The Answer Is …, and arranging a call with him to discuss guest hosting just two days before Trebek’s death. As The New York Times reported, the host left Jennings a pair of his cuff links, which awaited him in Trebek’s dressing room, along with a note from Trebek’s wife, Jean, when Jennings arrived at the studio to serve as the season’s inaugural guest host.

Jennings taped six weeks of episodes before a minor conflict with an upcoming tape day emerged. As The Ringer previously reported, sources say the show’s production staff was able to accommodate the conflict, only for Richards to step in and insist on hosting instead.

Jennings notched the highest ratings of any guest host. The former champion told The Ringer, “Obviously I’m disappointed with how this process played out, but I’d rather look ahead.”

Richards issued a statement to The Ringer and Variety on Wednesday evening. He said the podcast “was intended to be a series of irreverent conversations between longtime friends who had a history of joking around.” He said the attempts at humor were unacceptable and that he has deleted all episodes of the podcast.

Richards had previously worked for The Price Is Right, where he was accused of discrimination in two suits filed by former models for the gameshow. In one case, he allegedly made inappropriate statements when present among models who had become pregnant. In a memo last week Richards said, “These were allegations made in employment disputes against the show. I want you all to know that the way in which my comments and actions have been characterized in these complaints does not reflect the reality of who I am or how we worked together on ‘The Price Is Right.”