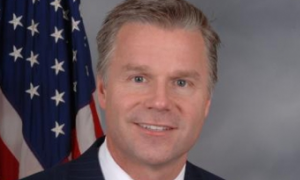 Rep. Christopher Lee has resigned. Who’s that? He’s the congressman who got some unwanted attention from Gawker–accused of sending a shirtless picture of himself to a woman on Craigslist. Lee, a married Republican, sent a formal resignation to Speaker of the House John Boehner, ending his career in Congress effective immediately.

Gawker’s story involves what it says was “a single 34-year-old woman (who) put an ad in the ‘Women for Men’ section of Craigslist personals. ‘Will someone prove to me not all CL men look like toads?’ she asked, inviting ‘financially & emotionally secure’ men to reply.” Gawker’s story includes a photo of a shirtless man flexing his arm–apparently Lee. Asked about that by Fox, the congressman ducked reporters:

Lee, asked by Fox News about the report Wednesday afternoon as he was walking to his car, said he was not willing to talk about the issue, adding “I have to work this out with my wife.”

“It has been a tremendous honor to serve the people of Western New York. I regret the harm that my actions have caused my family, my staff and my constituents. I deeply and sincerely apologize to them all. I have made profound mistakes and I promise to work as hard as I can to seek their forgiveness,” he said in a statement.

“The challenges we face in Western New York and across the country are too serious for me to allow this distraction to continue, and so I am announcing that I have resigned my seat in Congress effective immediately.”

Picture via Gawker below: 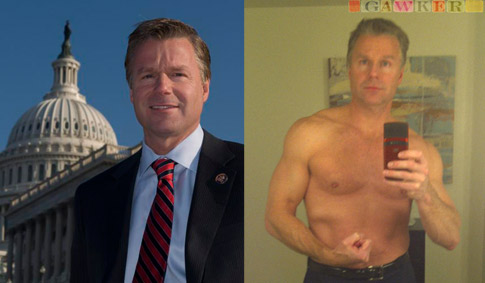