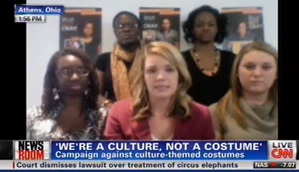 Ohio University’s Students Teaching About Racism in Society spoke with CNN’s Randi Kaye about their viral campaign against racist Halloween costumes called “We’re a Culture, Not a Costume”. “We feel this is very important because a lot of students are unaware that dressing up or posing as a different culture is very offensive,” said STARS secretary Chrissa Bush. “We want to bring awareness to not only Athens, but to all over the world where people can stop making this mistake and start respecting all ethnicities,”

The group’s posters display various people of color holding up photos of racist costumes such as one with a white Dallas Cowboys cheerleader dressed up as Lil’ Wayne in blackface: 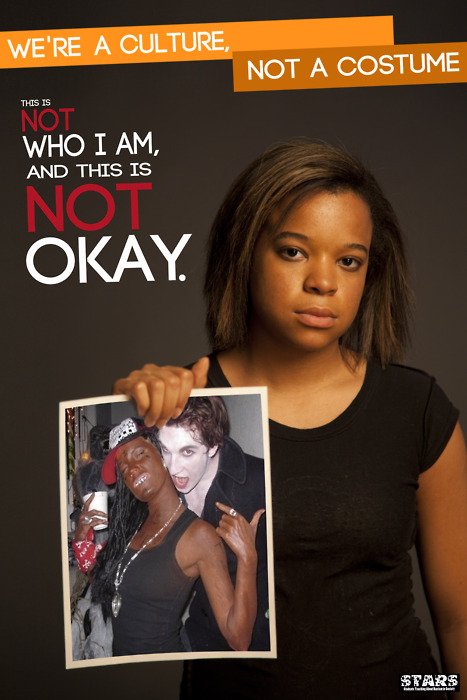 Watch the group discuss its campaign against racist costumes on CNN below: