O’Reilly On Welfare Recipient In Pelosi Video Aired By Maher: ‘I’d Put Him In Jail’
video

O’Reilly On Welfare Recipient In Pelosi Video Aired By Maher: ‘I’d Put Him In Jail’ 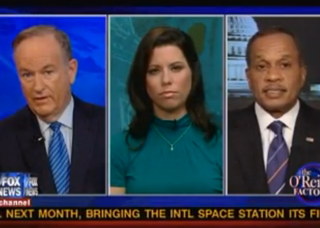 Two weeks ago, Bill Maher aired a report by Alexandra Pelosi on impoverished Mississippi residents that enraged many conservatives, but promised a counterpoint to it the week after. On Friday, Pelosi debuted her report on mostly black welfare recipients, many who appeared unwilling to work and relied on the government. The report appalled Bill O’Reilly, who told his panel tonight he would like to see at least one of the people in the report in jail.

O’Reilly noted that the video was portraying a “subculture” and noted that it was not an exclusively black one, but one that “says ‘Look, I’m a victim, you owe me, and I’m going to support this President because he will deliver a bigger gift than the other one.'” O’Reilly found the video “very troubling,” and said of one person interviewed in particular– who expressed no desire to work and admitted to having five children with four women– “I’d put that guy in jail.”

Mary Katharine Ham responded that her experience in both urban and rural settings gave her an understanding of the biggest problem with poverty being the ignorance of many poor people, thought she noted “you can find saints and sinners” in any setting. She also gave Pelosi her due for tackling “both sides of the coin” on the issue. Juan Williams agreed with Ham that education was the key to solving the problem, and objected to O’Reilly’s claim that liberals were fine with this scenario. “We have to say to people ‘you work in this country, this entitlement thing is baloney,'” Williams replied, admitting he wasn’t sure how to solve the whole problem, but “start with education, give people opportunities.”