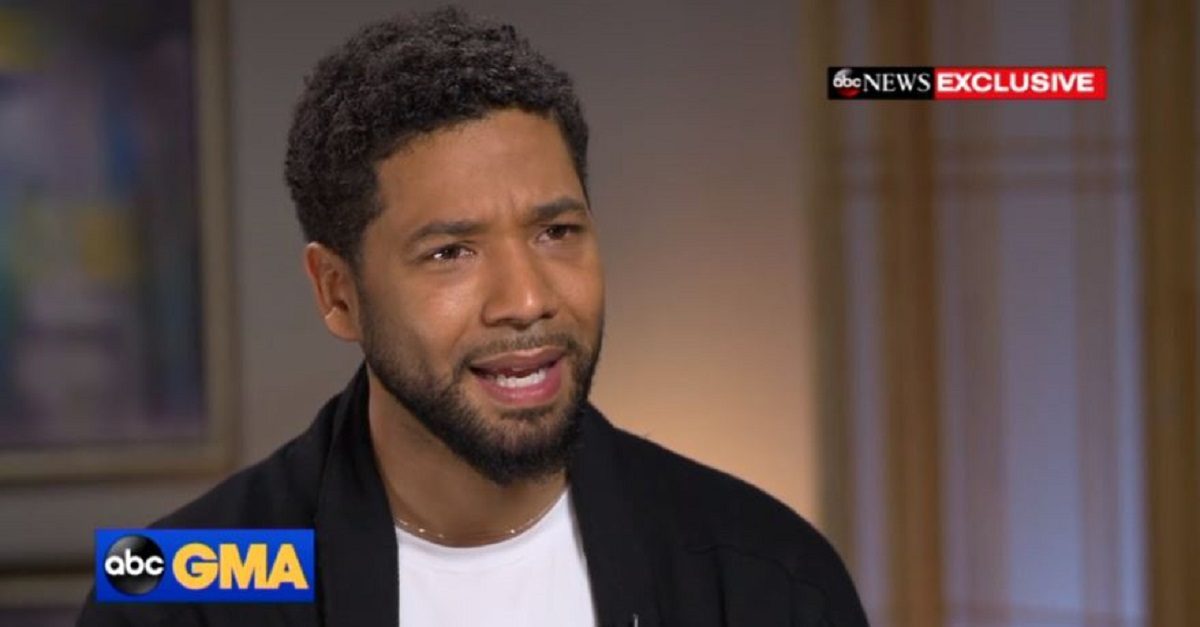 The Chicago Police Department has released a trove of documents from the case of Jussie Smollett’s false hate crime attack, including a series of texts to the two Nigerian brothers he hired to stage the assault.

The Daily Beast has a report on Smollett’s phone records with Abimbola Osundairo, who worked with Smollett and his brother Olabinjo Osundairo on Empire. One noteworthy text exchange shows that Smollett messaged Abimbola before the staged attack and said “Might need your help on the low. You around to meet up and talk face to face?”

The records go on to show how Smollett and the Osundairos talked through the details of the attack, including a test run and Smollett providing instructions on how the attack would be carried out.

He allegedly instructed them to yell “Empire Faggot” and “Empire Nigger.” The plan, according to the case file, was that he would respond, “What did you say?” before they pummelled him. According to police, Smollett only wanted Olabinjo Osundairo to punch him because he didn’t trust the other brother, and Olabinjo rubbed his knuckles into Smollett’s face to make it look bruised.

Aside from planning the attack, Smollett’s phone records also suggest that he used Abimbola Osundairo as a drug connection before the attack. These conversations included talks of buying marijuana, cocaine, ecstasy and other substances.

“N*gga, you still got a molly connect?” Smollett texted in one conversation. “Hahahaha… Imma need a good fo pills Haha.”