Jonathan Lopez Confesses to Sending Racist Letter to Himself 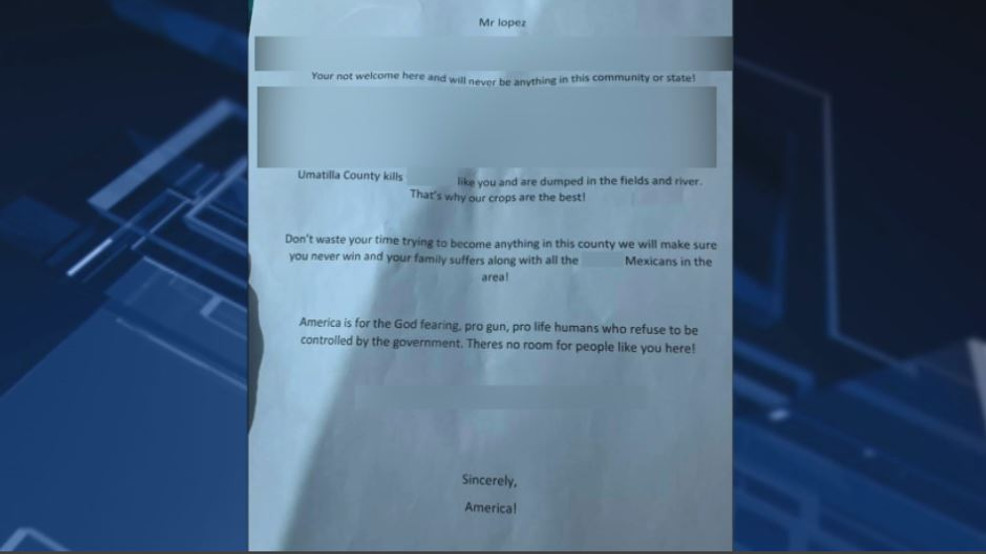 According to KOMO News, a police investigation into the letter was concluded after it discovered that Lopez “wrote the letter himself and made false statements to the police and on social media.”

In a statement, Hermiston Police Chief Jason Edmiston said, “The time spent on this fictitious claim means time lost on other matters, not to mention it needlessly adds to the incredible tension that exists in our nation today… As a lifelong resident of this diverse community, I’m disgusted someone would try to carelessly advance their personal ambitions at the risk of others.”

Lopez’s fake letter read, “Mr Lopez… Your [sic] not welcome here and will never be anything in this community or state!.. Don’t waste your time trying to become anything in this county we will make sure you never win and your family suffers along with all the other f****** Mexicans in the area!” and was signed with, “Sincerely, America!”

The letter went viral on Facebook, where it received hundreds of shares, and received media coverage before it was revealed that Lopez had written it himself.

Lopez apologized for the hoax in an interview, saying, “I do apologize for what I did I do understand and accept that it was incorrect or wrong, by no means or way did I want to gain the election.”

“I could say many reasons and of course everybody’s opinions could be different but I have no excuse for it but I can just express how I was feeling and what’s been going on through my mind and I’m not asking that that justifies what I did I’ve just been having hard time since February,” he continued.

Lopez — who deleted his Facebook page — is reportedly facing a Class A misdemeanor.