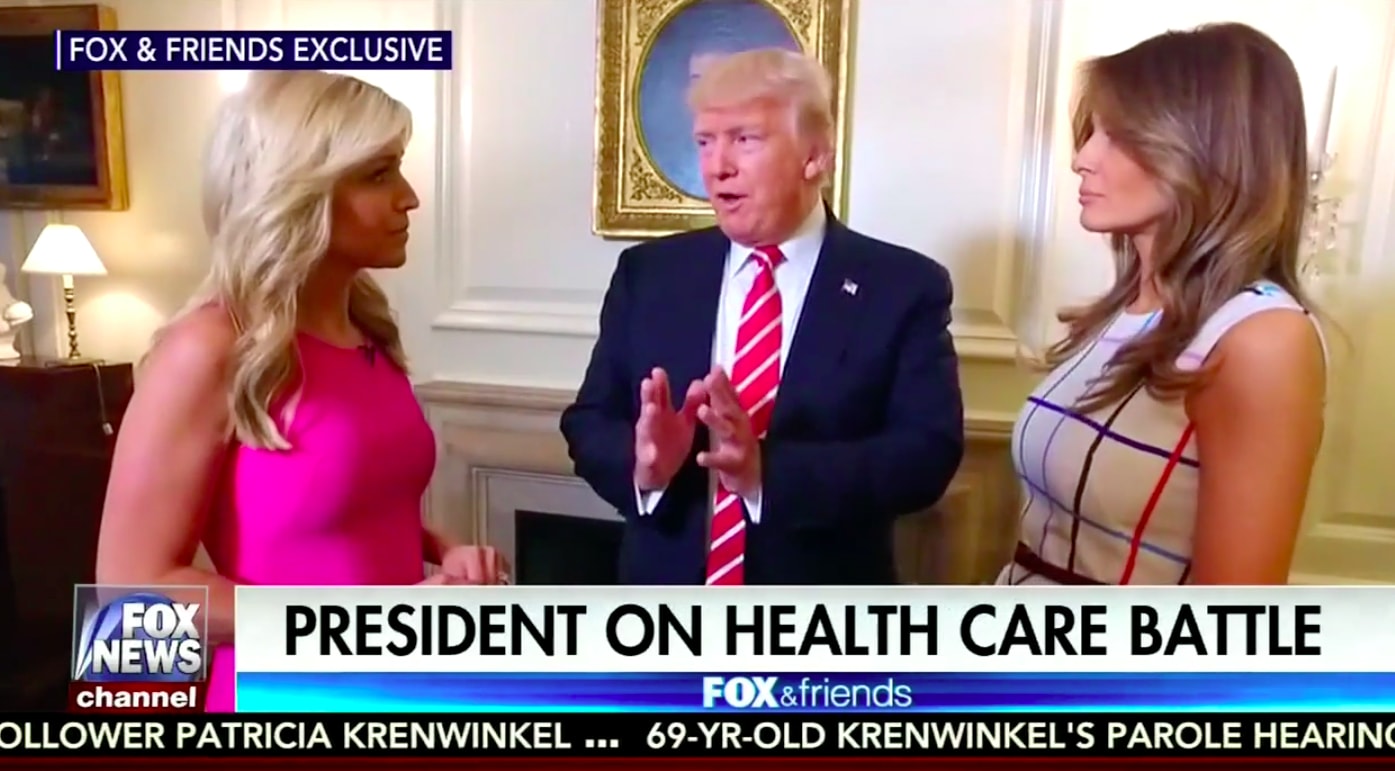 President Donald Trump took to Twitter on Thursday morning to congratulate Fox & Friends for being number one on Mediaite’s most influential in media list.

“You deserve it,” Trump wrote of his favorite morning show, “three great people!”

Was @foxandfriends just named the most influential show in news? You deserve it – three great people! The many Fake News Hate Shows should study your formula for success!

“The many Fake News Hate Shows should study your formula for success!” Trump continued, adding “Hate” to his usual concoction of epithets for the media.

Of course, the reason Fox & Friends was named the most influential in media is precisely because it is the president’s favorite show: he monitors its episodes obsessively, tweeting out segments and echoing its talking points. Coming from the leader of the free world, that comes with wide-reaching consequences: very often a Fox & Friends segment can set the policy and media narrative for the day.

Trump’s tweet — and near certain coverage of the shoutout which will ensue on the Fox News show — is perfectly emblematic of the feedback loop that exists between the president and his favorite program. And exactly why Fox & Friends, and its three regular hosts — Steve Doocy, Ainsley Earhardt and Brian Kilmeade — were named Mediaite’s most influential.