Did the Media’s Obsession With Princess Diana Pave the Way for President Trump?
Opinion

Did the Media’s Obsession With Princess Diana Pave the Way for President Trump? 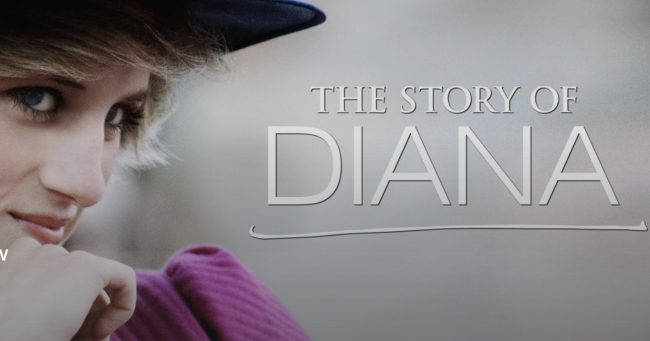 Last night and tonight, ABC is airing a two-part special on the life of “Princess Diana,” who died in a car crash almost twenty years ago. This is one of numerous media tributes in our country surrounding this almost anniversary, all of which commemorate the life of a woman who was neither American, nor ever held any position of actual official power in her country, from which we fought a war for independence.

This is a fascinating phenomenon in need of explanation. I hope to provide some here.

It may surprise people to know that my connection to Diana’s story is rather deep. Especially for a fifty-year-old heterosexual American male who has disdain for both monarchies in general, and the “princess syndrome” in particular.

My younger sister was infatuated with Diana when she was a child and often forced me to play the role of Diana’s husband Prince Charles for her. My wife still adores the “People’s Princess” to this day, and we named our second daughter, not totally by coincidence, Diana. And my mother, just like Diana, was killed in a car accident, along with her boyfriend, not long after having endured a painful divorce.

It is always amusing to me that each of these media retrospectives seem unable or unwilling to explain why it is that Princess Diana had such an impact on people in this country during her life and still resonates so strongly with a certain demographic all these years after her death. They almost always mention her “star power,” her “charisma,” her “beauty,” and her “it” factor, but to me those are all symptoms of our obsession with her rather than the root cause of why it exists to begin with.

The real reason that many Americans, especially women over the age 40, are still obsessed with Diana (and therefore why the media is as well) is actually fairly simple and really rather interesting. When it comes right down to it, the entire key to the Diana phenomenon is that hundreds of millions of people in this world still “think” they attended her fairytale wedding and that it was the most amazing/romantic event they have ever seen in their lives.

The world-wide audience for Diana’s 1981 “Wedding of the Century” was estimated to be 750 million, but that only tells part of the story. This was an event the likes of which we had literally never seen before.

In 1981, well before massive media fragmentation, not only were there still only about four or five television options from which to choose, but extended live coverage of any news event was still pretty rare. A live feed of something happening in Great Britain was basically limited to the final rounds of Wimbledon and the British Open, and even that was still considered a big deal.

So when every major television outlet made the super special arrangements to broadcast all of Diana’s wedding in the middle of the night here in the United States, it was a moment that those who experienced it would literally never forget. For at least two generations of American women, it was the realization of every Disney princess fantasy they ever had, occurring live and in color.

The psychological impact of this magic moment is almost impossible to overestimate. If television technology had not yet evolved for this broadcast to happen in 1981, Diana still would have been a star, but of the much smaller variety (for instance, compare her celebrity to that of Princess Grace Kelly, wed in 1956, who was prettier than Diana and was actually an American).

The best “modern” comparison to the psychology at work here is to the O.J. Simpson “Bronco Chase” in 1994. It was that unforgettable communal moment which made his ensuing trial such a cultural event. This was then duplicated with most of the country watching his absurd acquittal on live television.

The power of those memories was so great that, much like Diana, anything involving Simpson is still considered a topic which a large enough sliver of the population will be interested in so as to warrant blanket coverage. This is why 23 years later every news network carried Simpson’s parole hearing live and in its totality.

Because of fragmentation, it is almost impossible in this era for a news figure to become famous enough to be well-known by a majority of a mainstream audience. This is why the news media tends to focus on only a few personalities (in other words, all Donald Trump, all the time) and why they keep going back to the “golden oldies” whenever possible. If you were famous in the 1970s, you are ALWAYS potential fodder for today’s news.

Interestingly, Diana’s wedding wasn’t the only event of her life which had a major impact on the nature of the American news media. Her death may have, in some ways, been even more influential.

Most people probably don’t remember that her car accident occurred over Labor Day weekend in 1997 (the media is forced to commemorate this event early because ratings on the actual anniversary would be greatly diminished due to the holiday) and that, initially, the coverage of it on the major networks was somewhat muted. At first, CBS famously didn’t even break into programing for live coverage because, after all, this was the death of a person with no official position, or connection to our country.

As the ratings for news coverage of Diana’s death showed, however, that the public’s appetite for the story was insatiable (after all, much of the audience had “attended” her wedding!), programming was dramatically augmented. It was a seminal moment in the evolution of the news media relinquishing total control over determining what was “newsworthy” to the audience.

Ever since then, the audience’s tail has been wagging the dog of the news media’s decision-makers. Consequently, celebrity has been determined to equal “newsworthiness” because ratings are all that really matter.

Gee, I wonder if these factors might have impacted the 2016 race for the Republican presidential nomination and, consequently, who our president is today.