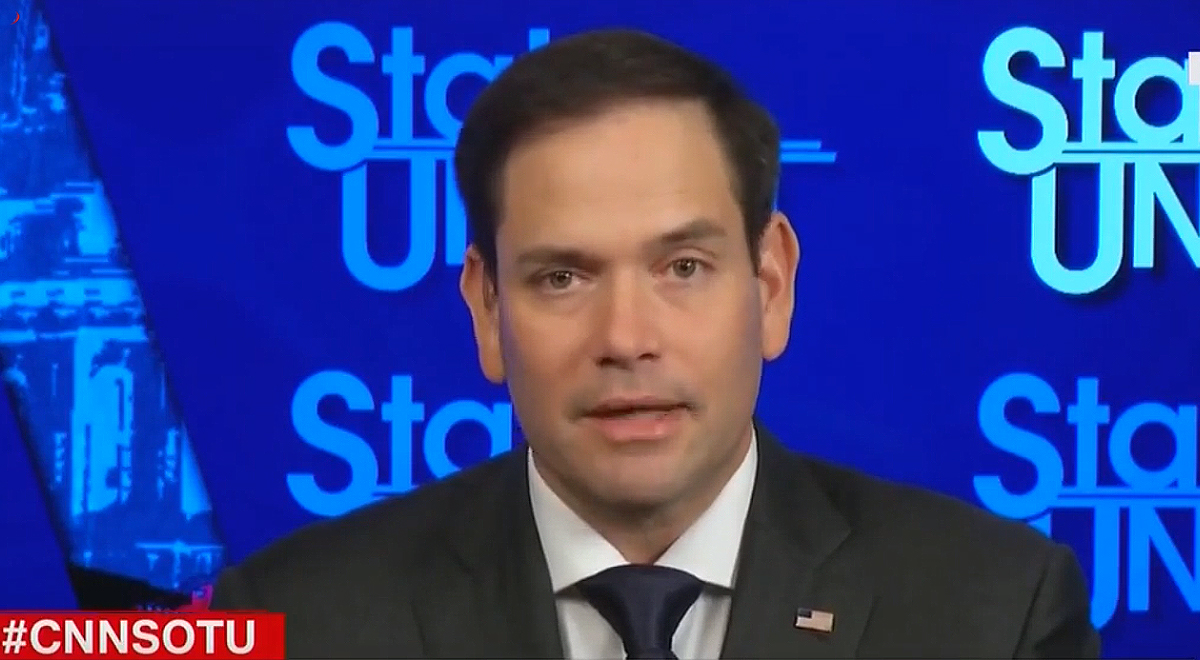 Senator Marco Rubio (R-FL) was one of the first prominent Republicans to speak out on Thursday about his opposition to President Donald Trump‘s plan to use a national emergency declaration to obtain funding for his border wall. Rubio said no crisis is sufficient to “violate the constitution” in a statement released not long after the news broke.

“Three weeks ago, Senate Republicans voted overwhelmingly to help Florida communities devastated by Hurricane Michael,” Rubio said. “I will not support using devastated communities in Florida as pawns for some future legislative deal.”

“We have a crisis at our southern border, but no crisis justifies violating the Constitution,” Rubio continued. “Today’s national emergency is border security. But a future president may use this exact same tactic to impose the Green New Deal. I will wait to see what statutory or constitutional power the President relies on to justify such a declaration before making any definitive statement. But I am skeptical it will be something I can support.”

Senator Rand Paul (R-KY), who has stated his opposition to a potential declaration previously, also tweeted this afternoon about his “disappointment.”

I’m disappointed with both the massive, bloated, secretive bill that just passed and with the president’s intention to declare an emergency to build a wall.