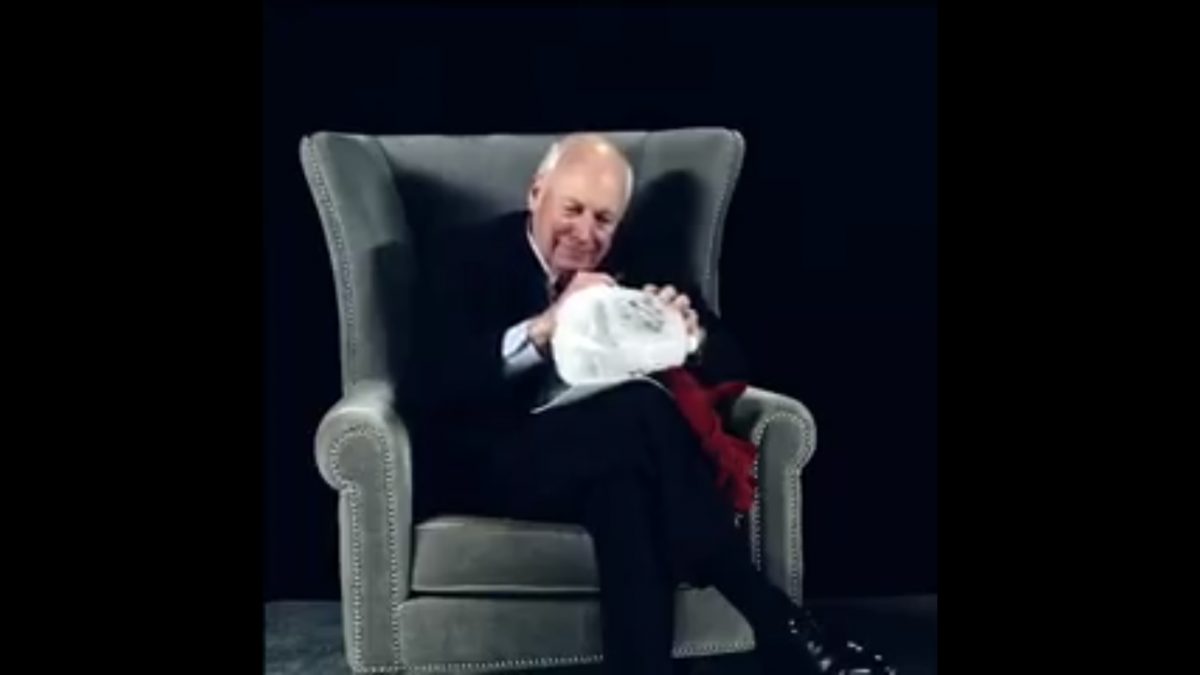 We already know Sacha Baron Cohen‘s upcoming Showtime series somehow got a Dick Cheney interview, but Matt Drudge is hinting at having more info about who else the comedian fooled.

The man known for Borat, Bruno, and, of course, Da Ali G Show (which once featured an interview with Donald Trump himself) is coming back to TV with Who Is America?, set to air this Sunday.

Cheney will be making an appearance, but Drudge hinted at knowledge of other names you may recognize being fooled for the show:

Sacha Baron Cohen at it again! This time for CBS/SHOWTIME. Lots of tricks played. Both Republicans and Democrats are getting caught up in the madness. Sacha has finked Cheney, Palin, Howard Dean, Alberto Gonzales, Bernie, Trent Lott, Patraeus, Ted Koppel, and more… BEWARE!