Now Even Google Search Aiding in Scourge of Fake, Inaccurate News About Election 2016 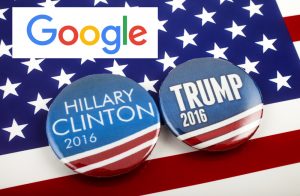 As the epitaph for election 2016 becomes more clearly refined, one of the hottest topics from a media perspective, has been the widespread dissemination of false information. Facebook in particular, has suffered the brunt of the criticism for allowing stories filled with factual inaccuracies to flood pages and misinform the public. How much blame Facebook actually deserves will certainly remain a subject for debate. After all, humans may be largely to blame for sharing error-riddled, often conspiratorial nonsense.

Not so for Google search which may be the single most important way people around the world gather information, have questions answered and are directed to websites. The “Google Algorithm” is a constantly evolving, jealously protected secret. Sure, Google offers benign tips on how to improve its omnipotent search results but the nuts and bolts of the methodology remain deeply under wraps.

So it is with that background, that I share this anecdote of searching in Google today for “Final Vote Count 2016,” which I would assume is a fairly common search phrase in the past few days. After penning this piece on why the anachronostic electoral college needs to be abolished, I wanted to review the latest numbers and update my piece accordingly. 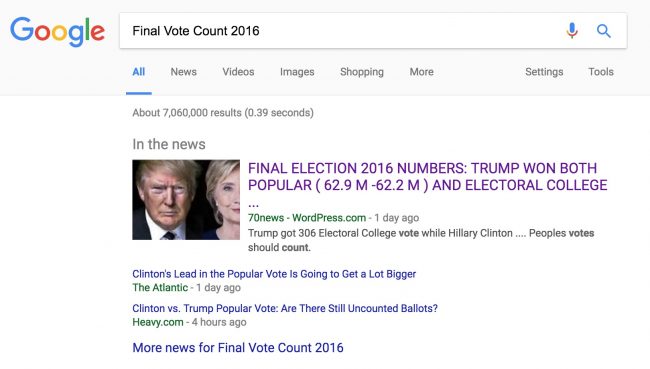 from a site called 70News which appears to just be an individual’s WordPress site. The headline on the angry, conservative site blared in all caps: 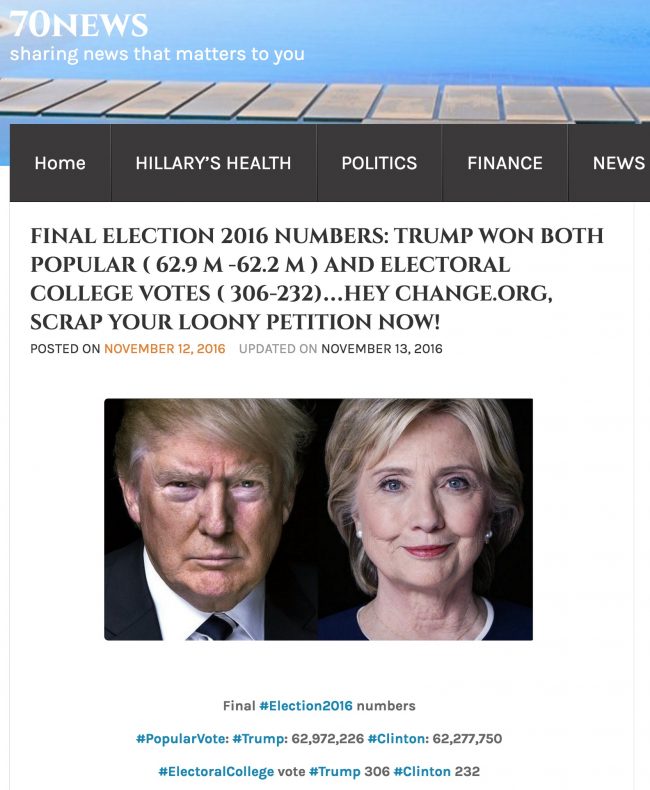 Now, of course, I knew this couldn’t possibly be true because that would have meant that somehow the state of California, where many of the latest votes were still being tallied, had suddenly gone seriously red. To be clear, those numbers are not remotely accurate as shown here, here and here. Clinton has actually expanded her lead in the popular vote significantly (my piece has been updated accordingly).

But if you were to rely on the number one search result on Google News, one would falsely believe that Trump was suddenly up by 700,000 votes

So from where did the numbers come? Alas, the author anticipated that question and was armed with this response as of today, November 13:

“Update: Anyone asking where I got the figures, it was from twitter posts.”

More specifically, it was from this guy’s Twitter page 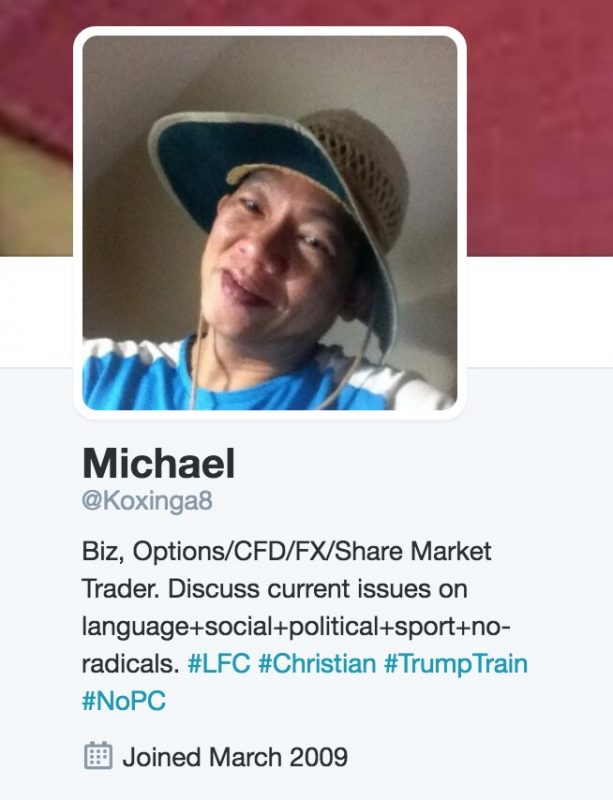 Michael from Twitter claimed to have the final numbers

And the website 70News which shows up at the top of Google News search used “Michael” as its source. When Michael was challenged on Twitter about the source of his assertion, he linked to some nonsense about how absentee ballots are counted

@4jmclemons
Read here…..
Why HILLARY Did Not Win The Popular Vote? pic.twitter.com/2wedTgLhwF

@BBfan4life4sure That was a screen shot from news report which I forgot D link. Still some absentee votes which r traditionally 70% 4 RNC

While Michael can and will share whatever factually erroneous material he so chooses, the fact that Google, which typically is pretty good at sorting the news wheat from chaff, is promoting this site that uses Michael from Twitter as its source is a real issue.

70News went on to explain why it is the only site with the ‘real numbers.”

“Knowing the Democrat media have been dragging their liberal feet giving Michigan to Trump – finally they did, with Arizona finally declared two days ago – Trump now has the 309. Except for the twitter posts, the popular vote number still need to be updated in Wikipedia or MSM media – which may take another few days because the liberals are still reeling and recovering from Trump-shock victory. If I’m wrong, I won’t hesitate to change the numbers. It’s the job of the establishment media to tell the people the final numbers when it’s out there already.”

The “establishment media” have, and will continue to do so (see links above for a few). But he/she doesn’t want to hear that and instead wants to rely on Michael’s Twitter feed. Furthermore, he/she is apparently waiting for the numbers to be updated on Wikipedia which, of course, gets its information from users citing the mainstream media since it does no actual reporting.

We are entering a zone where even the hardest of facts become debatable​ in the minds of conspiracy theorists. But Google, you are effectively a computer program with none of that supposed media bias, so Google programmers please do what you can to stop helping them spread lies. It only enhances our increasing distrust in all forms of media. Most important, it’s really, really bad for the truth and for America.
— —