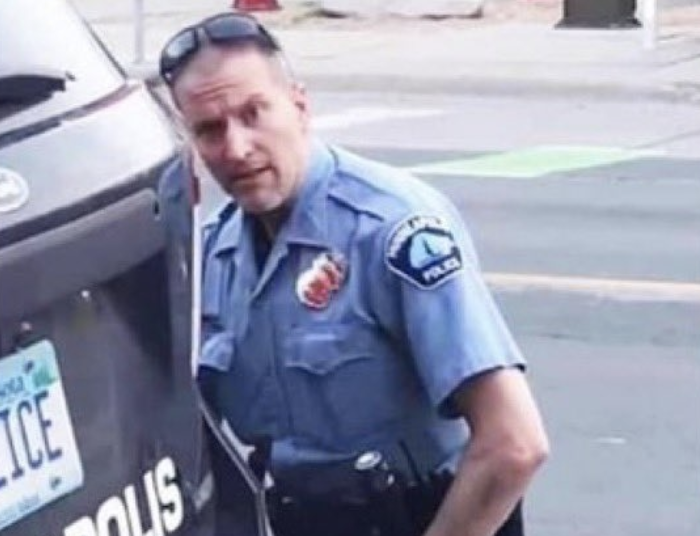 A troubling detail has emerged from the complaint charging Minneapolis Police Department officer Derek Chauvin with the death of George Floyd. Officials say Chauvin had his knee on Floyd’s neck for a total of 8 minutes and 46 seconds — and 2 minutes and 53 seconds of that occurred after Floyd was unresponsive.

As Mediaite posted earlier, Chauvin was arrested and charged with third degree murder and manslaughter. So far, he is the only one out of the four officers who arrested Floyd who has been arrested or charged.

The criminal complaint filed by Hennepin County prosecutors includes a detailed “Statement of Probable Cause” describing the events that preceded Floyd’s death on May 25, when he was arrested for allegedly making a purchase at a nearby restaurant with a counterfeit $20 bill.

The facts listed in the complaint describe Floyd as having “struggled” with the officers — Chauvin, along with fellow MPD officers Thomas Lane and J.A. Kueng — who were attempting to put him in the squad car, and then “intentionally falling down.”

Based on video footage, the complaint is able to identify the precise time Floyd went down to the ground as 8:19:38 p.m. While two other officers held Floyd’s legs and back down, Chauvin “placed his left knee in the area of Floyd’s head and neck.”

Floyd repeatedly complained he could not breathe and begged for help, calling out “mama” and “please.”

At one point, Lane expressed worry for Floyd and suggested moving him on his side. Chauvin replied, “No, staying put where we got him.”

“None of the three officers moved from their positions,” says the complaint.

At this point, Floyd was continuing to move and breathe, and then he stopped moving at 8:24:24 p.m.

“At 8:25:31, the video appears to show Mr. Floyd ceasing to breathe or speak.” Lane suggested rolling Floyd on his side and Kueng checked Floyd’s wrist for a pulse, but was unable to find one.

“None of the three officers moved from their positions,” says the complaint again.

Then, finally, at 8:27:24 p.m., Chauvin removes his knee from Floyd’s neck. An ambulance took Floyd to Hennepin County Medical Center, where he was pronounced dead.

“The defendant had his knee on Mr. Floyd’s neck for 8 minutes and 46 seconds in total. Two minutes and 53 seconds of this was after Mr. Floyd was non-responsive,” concludes the complaint. “Police are trained that this type of restraint with a suspect in a prone position is inherently dangerous.”