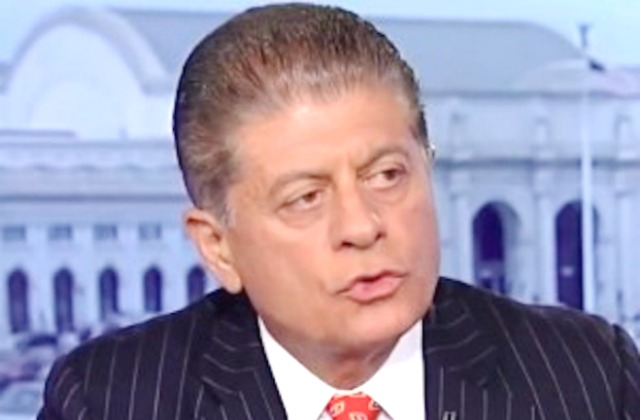 UPDATE –– 10:59 pm ET: A Fox News source tells Mediaite that Judge Napolitano has not been suspended by the network.
— —
Judge Andrew Napolitano, Fox News’ senior judicial analyst, has been pulled from the network, according to a new report out tonight.

The L.A. Times reports that Napolitano has been “taken off the air” after comments he made last week about President Trump‘s wiretapping claims became a major issue.

Napolitano said that according to sources, the Obama administration went to British intelligence agency GCHQ to surveil Trump. Sean Spicer cited it at a press briefing, and the end result was that GCHQ slammed the claim in a statement and Fox anchors had to state for the record that the news division could not corroborate those claims.

People familiar with the situation who could speak only on the condition of anonymity said Napolitano is not expected to be on Fox News Channel any time in the near future.

CNN’s Brian Stelter tweeted earlier that his absence was very notable during all the big news today: