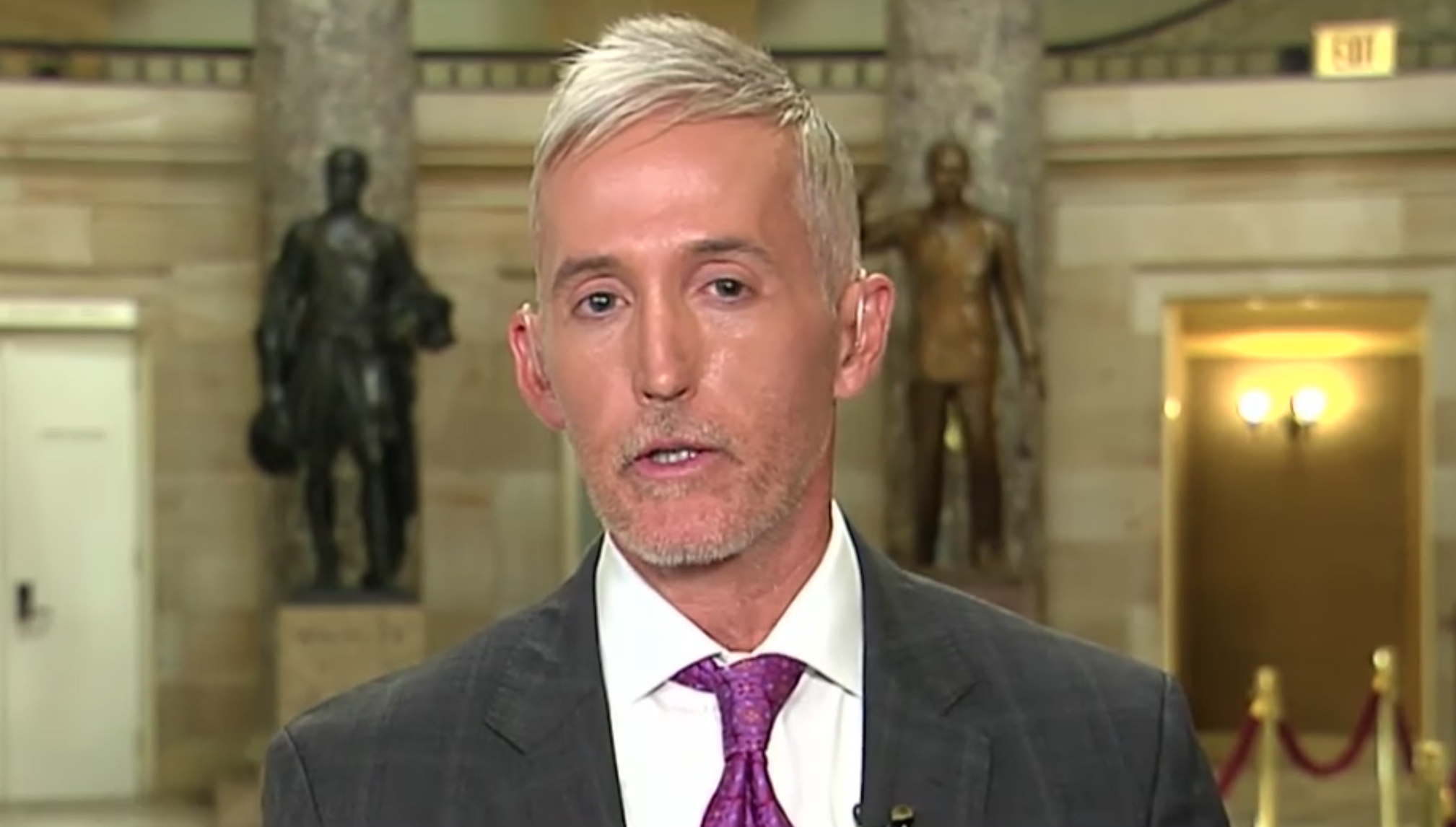 Rep. Trey Gowdy is sailing off into that judicial sunset, announcing today that he will not be seeking re-election at the end of his term. Gowdy will surely find a place in history, thanks in no small part to his relentless efforts to keep the Benghazi investigation afloat.

He’ll find another place in history for having a bunch of really bad haircuts. It’s kind of his thing.

Gowdy: Ay let me get that Bad Haircut people got now
Barber: Which one?
Gowdy: All of them pic.twitter.com/cgjIdZeQ4z

Gowdy swept into the House in 2010 amid the Tea Party wave that followed the passage of Obamacare. That’s nearly eight years of public service and, more importantly, eight years of totally radical hairstyles.

There are so many classics, it is hard to pick a favorite.

Let’s remember Trey Gowdy’s hair or whatever creature is on top of his head. pic.twitter.com/mhonLEMX9B

Despite the difficulty of this monumental task, we are taking it upon ourselves to pick some standouts from Gowdy’s dozens upon dozens of hairstyles.

What was going on here, exactly? Was this an homage to 90s band Everclear?

Why does Trey Gowdy consistently have the worst hair of any member of Congress? pic.twitter.com/OOccrtMIWW

There’s also the “piano-playing dad in a 1980s sitcom” look, which, of course, was loosely based on the father from Blossom.

I mean, I have bad hair, but not Trey Gowdy hair. The second strangest combover in the US. pic.twitter.com/1er289yPay

Sometimes, he’d try this beard thing, which usually went over like a sad trombone at a funeral. Here, he pairs it with a Pete Wentz-inspired comb-over.

Maybe it’s just me, but I think he looks pretty cool here. Like Brad Pitt on a pretty bad day. He should have stuck with this look.

Guess what? He didn’t stick with that look. Instead, he seemed to physically become “Florida Man,” as seen in the middle photo, below.

Wear the glasses, they said. They’ll make you look smarter, they said.

Hey look. Here he is playing the part of “scumbag ex-husband” in a Showtime movie.

Coming out of my haircut looking like Trey Gowdy on a good hair day pic.twitter.com/SdPuW9a25N

Gowdy’s hair is not to be trifled with. Look at him protecting it during the inauguration of President Donald Trump.

Too funny. Look at Trey Gowdy protectin’ the hair? pic.twitter.com/qISYURiD9S

The Congressman has always had a pretty good sense of humor about his hair, even using the constant ridicule he receives in a campaign ad.

Regardless what you think of my hair…I'll keep working to clean up Washington and fight for what is constitutionally right. Watch my new ad and join me today: http://bit.ly/2eVzarO

Posted by Trey Gowdy for Congress on Wednesday, November 2, 2016

Alas, we will no longer have that hair on C-SPAN to constantly ridicule.

For some reason, the Phil Collins classic “Against All Odds” seems appropriate for this dire moment in Congressional follicle history.

How could you just walk away from me, Trey Gowdy’s hair?

Goodbye old friend. You made a lot of people happy during your tenure in Congress. I’m speaking, of course, about the hair. The Congressman himself? Not so sure about that.