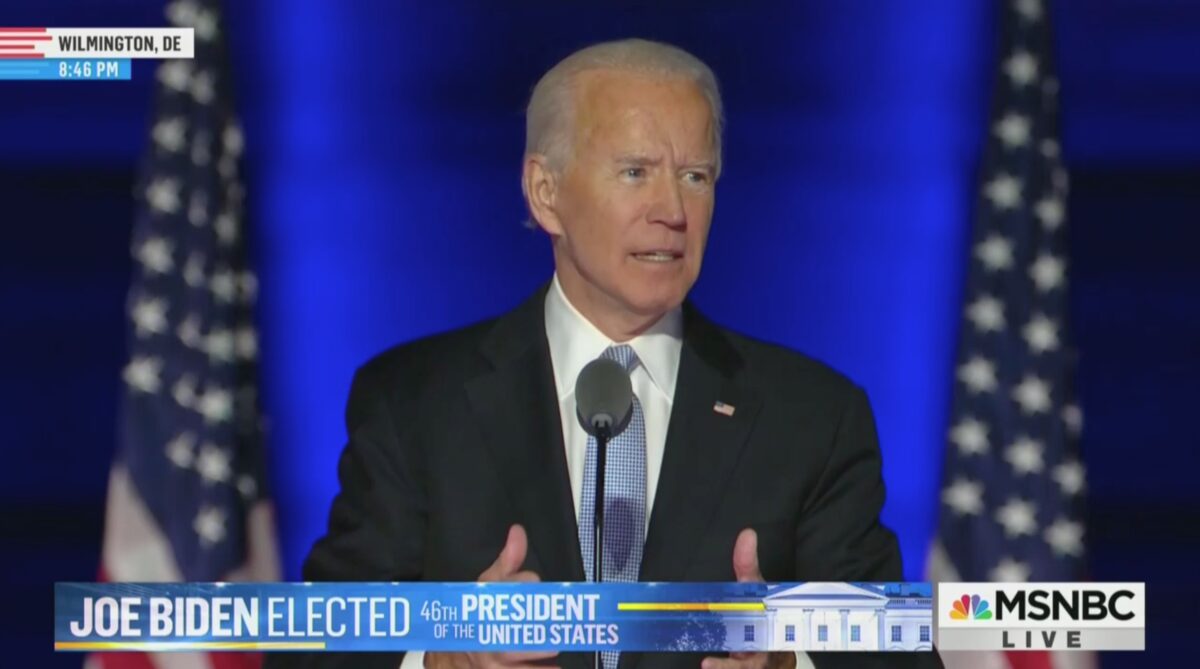 President-elect Joe Biden and his team would rather move the country forward once he assumes office, rather than prosecute President Donald Trump, according to a new report.

NBC spoke to multiple sources close to the Biden team who say he’s “wary” of launching federal investigations into his opponent, fearful it’ll undermine his attempts to reunite the country. Instead, Biden reportedly wants to reset the relationship between the White House and the Justice Department, and move away from directing federal law enforcement in terms of what to focus on.

Other advisers to Biden have said that any investigations into Trump would be “very situational,” plus they would run on a separate track from the state level investigations like the one into his taxes. A great number of Democrats have demanded a new round of Trump investigations once he’s out of office, and as the internal party pressure for that persists, Biden’s team is also reportedly “reluctant to send any signal to Trump administration officials that the Justice Department wouldn’t look into their actions.”

“While they’re not looking for broad criminal indictments, they do want to make sure that people don’t think there are no ramifications for any of their actions between now and the new presidency,” a source said.