Can We Finally Address How We React To These Awful Tragedies?
Opinion

Can We Finally Address How We React To These Awful Tragedies? 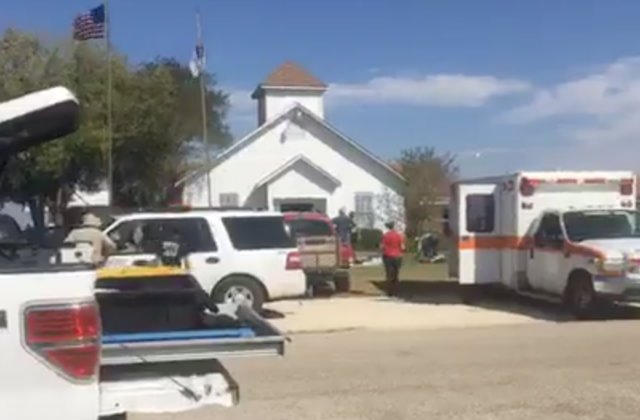 On Sunday, our country witnessed yet another devastating attack. 26 people, the youngest being just 18 months old, were shot dead by a sociopathic thug. And in the aftermath of this massacre like every other one involving guns, political fighting ensued.

What happened in Sutherland Springs, Texas took place less than a week after the terrorist attack in New York City, which happened less than a month after the deadliest mass shooting that occurred in Las Vegas, which followed the deadly violence in Charlottesville, which followed the shooting in Alexandria. And then there was Orlando, San Bernardino, Chattanooga, Charleston, Boston, Aurora, Newtown, Fort Hood, the list goes on.

In polarizing times, we fight over the one question that we ask ourselves time and time again: how can we prevent this from happening again? And we never seem to agree on the answer. From gun control, mental illness, to Islamic extremism, it’s impossible for everyone to be on the same page on anything.

The worst part about all of this aside from the attacks themselves is how partisans have turned each of these tragedies into a sick game. We get into our battle stations where the killer and the victims become our props to push our own narratives and we try to score political points. We’ve all done it, myself included. And we need to stop.

It doesn’t matter if Devin Patrick Kelley was white, black, Christian, Muslim, Democrat, or Republican, he was a monster. Sadly, most people become fixated on everything else about him except for the fact that he was a monster. And instead of having a meaningful conversation, we take our anger out on each other. You have one political party calling the other “evil” simply because they don’t see eye-to-eye. You have cynics mocking those who offer thoughts and prayers. It’s sickening. We didn’t act this way after 9/11 or Pearl Harbor because in such times of despair, we needed each other. We came together, we cried together, and yes, we prayed together.

So what has changed? Why aren’t we doing the things we did years ago? Well, our society has changed. In the age of the internet and social media, there’s way less human interaction than ever before. When was the last time you sat down at the dinner table without looking at your cell phone? Or how about the last time you wished someone a happy birthday with your voice instead of a Facebook post? Or had a family fun night? Many of us have become more isolated in our virtual bubbles instead of appreciating the goodness we all have in our real lives. And to be quite honest, I personally think this cultural decay has a much bigger impact on these tragedies than our lack of laws.

The biggest problem we have as Americans is that we let our differences get in the way of our common humanity. Any person with a soul is heartbroken after these attacks and to say otherwise about someone else simply because they belong to a different faith or political party is wrong and disgusting. The majority of Christians are good people. The majority of Muslims are good people. The majority of Democrats and Republicans are good people. The same can be said about white people, black people, gays, Jews, atheists, immigrants, and NRA members. We act like we’re each other’s enemies when we’re all on the same side. You know who isn’t on our side? Scumbags like Devin Kelley, Sayfullo Saipov, Stephen Paddock, James Alex Fields, James Hodgkinson, Omar Matteen, Syed Farook and Tashfeen Malik, Muhammad Abdulazeez, Dylann Roof, the Tsarnaev Brothers, James Holmes, Adam Lanza, and Nidal Hasan. It’s us versus them. It’s good versus evil.

We’re becoming numb to the carnage. While we wish the solution is as simple as Congress passing some magical law that would prevent all of these things from happening, the real solution is far more complex and requires societal and cultural reform that is just as unfeasible. So if in fact these attacks are the new normal (let’s pray to God that they aren’t), the best we can do as Americans is not allow them to divide us because such open hostility will ultimately escalate to a modern civil war. We must not let that happen. We are better than this. Instead of succumbing to our anger, we need to repair the bonds that bind us. In such disheartening times, we need each other now more than ever.