That’s It?! Michael Cohen’s First Secret Recording of Trump Sure Seems like a Big Bust
Opinion

That’s It?! Michael Cohen’s First Secret Recording of Trump Sure Seems like a Big Bust 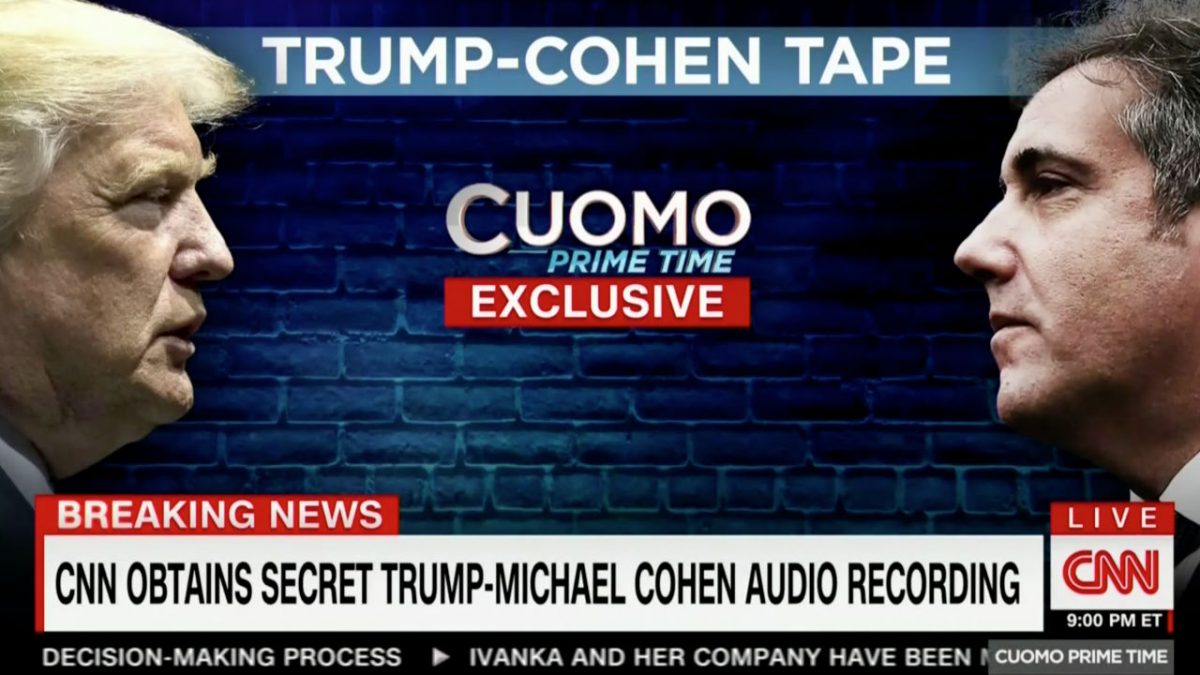 Late last week, I wrote that, unless Rudy Giuliani was lying in a big way, the hoopla over the existence of secret recordings of President Donald Trump by his then lawyer Michael Cohen was way overblown. Now that CNN has aired the only tape about which we have details, that conclusion has been significantly bolstered.

With any other president, what we heard would probably be a big deal, but when heard through the filter of the bizarre-world Trump presidency, it sure seems, at least on its own, like a big nothing-burger.

The first sign that the tape was no big deal either legally or politically is that it was leaked to CNN and Chris Cuomo. If you have something really damaging to Trump (if you are smart) you give it to one of the three people still in possession of a soul at Fox News, and if they pass you go to one of the three network morning shows. If you are forced to go to CNN, Anderson Cooper is the first stop, not Cuomo.

But the audio itself is very telling for what is not heard, especially given the context for how it was created. This was candidate Trump meeting alone in his office with his personal lawyer. This means he was as open and vulnerable as he could ever be, and yet the secret recording garners remarkably little as far as incriminating information (again, we are stipulating that all the rules are different for Trump).

Legally, the only element of the tape which appears even potentially significant is the portion where Cohen brings up the need to set up a company to “transfer all of that info regarding our friend David.” When they discuss financing, Trump appears to nefariously urge Cohen to pay in cash, though even that is in legitimate dispute.

Now, the key to properly interpreting this exchange is the identity of “our friend David.” It has been widely assumed, mostly because of comments from both Trump and Cohen’s lawyers, that “David” is David Pecker, who runs The National Enquirer. It is then presumed that they are discussing a way to buy from Pecker the story he already “caught and killed” regarding Trump’s former mistress, Playboy playmate Karen McDougal.

If we accept all of this as true (and how you would prove in a court of law that it is remains a mystery to me), it is very difficult to see the legal issue here. That payment to Pecker was apparently never made so this is, at worst, the contemplating of a rather minor, and very difficult to prove, campaign finance crime, which never actually took place.

Yes, it would mean that Trump has told several lies about this episode, but the sad reality is that not even one current Trump supporter would stop backing him over such a set of facts, even if they were somehow proven. This type of shady stuff was already long ago baked into the Trump cake, and McDougal is so attractive and so supportive of him to this day that the story might even help him with some people.

There is however another scenario, which has been speculated by some, including Brian Williams and Seth Abramson, where we all have the wrong David and that the “real” David to which Trump and Cohen are referring to is the fictitious “David Dennison” who was apparently created to pay off Stormy Daniels. At first glance, there are a lot of reasons why this possibility is enticing.

First, the McDougal theory, on its own, doesn’t make a lot of sense. She had already been effectively silenced with a “job” she was excited about at this point, and since Pecker was definitely a friend there was no apparent need to buy her story from the National Enquirer.

Second, if it was really “David Dennison,” then the payment they are talking about was to Stormy Daniels. This would make a lot more sense from a timing perspective (the LLC which was used to pay her was created soon after this meeting) and, because it actually happened, also be far more legally problematic for the president.

Third, McDougal’s name is never mentioned, and the way Cohen says “our friend David” seems a bit odd. This is especially the case given the fact that he knows he is recording this and you would think that he would be far more specific for the recording to have any real value (the fact that he is very vague in his language makes it easy to question Cohen’s real game here).

However, there are also very solid reasons to accept the Rudy Giuliani/Lanny Davis interpretation that “David” really is Pecker. Cohen was indeed a good friend to Pecker, as is Trump. Trump refers to David possibly getting hit by a bus, which is really strange if he is talking about a fictitious person. And there is no known evidence that “David Dennison” (who Cohen would also use in the highly suspicious Elliott Broidy/Shera Bechard payment from 2017) ever “existed” before the Stormy Daniels payment, which hadn’t happened yet.

While in this crazy situation almost anything is possible, “Occam’s Razor” tells us that “David” is most likely Pecker, and that this really is all about Karen McDougal. If that is indeed the case, then Sean Hannity may, like any broken clock occasionally is, indeed be right when he says that this tape was a “dud.”

In fact, given his lack of intellect and character, Hannity thinking that this tape is insignificant may be the best evidence that it must somehow really be a bombshell.