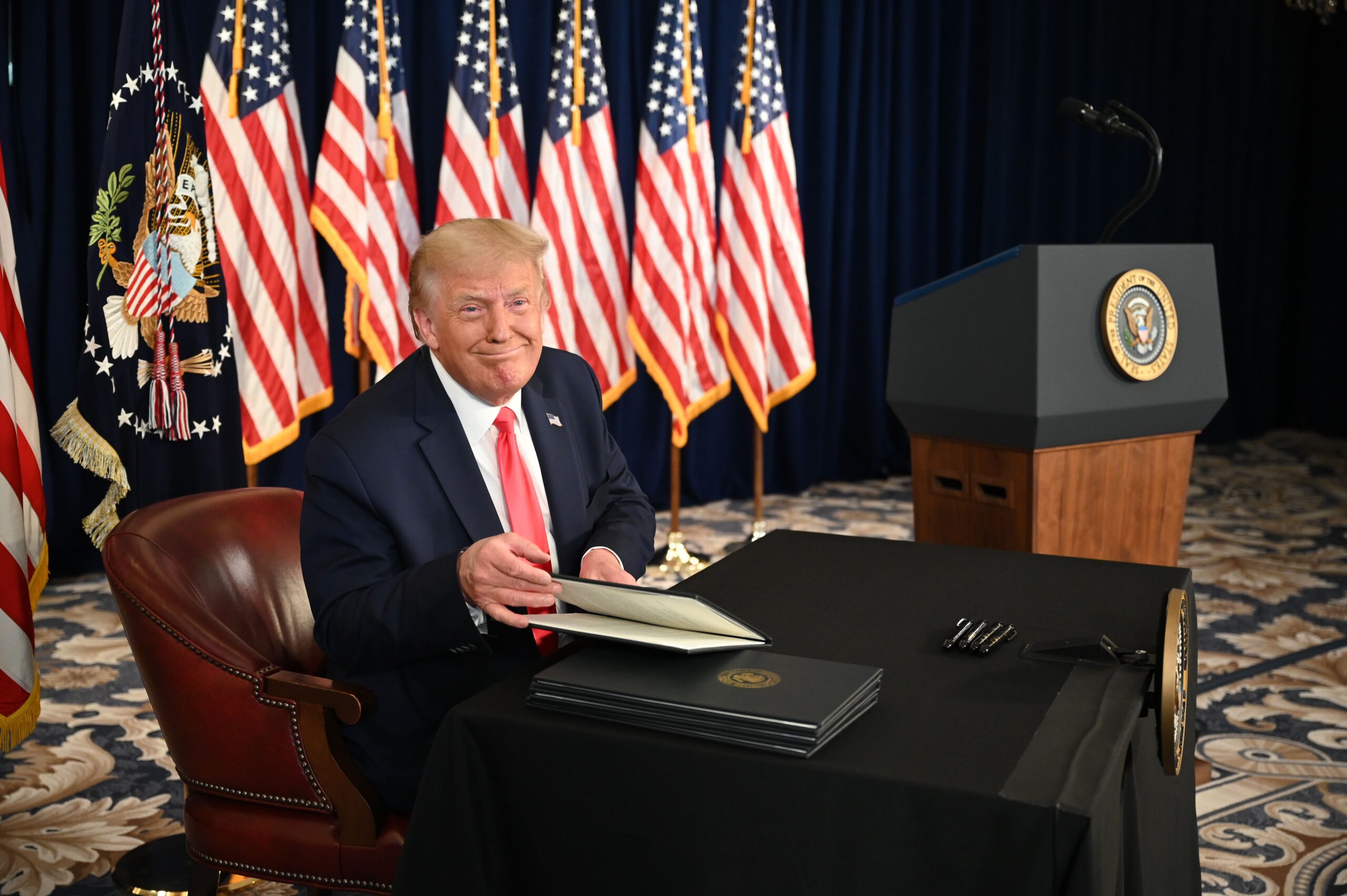 President Donald Trump said he would take matters into his own hands on Saturday by signing four executive orders to extend relief to Americans suffering from the economic fallout of the coronavirus pandemic.

The first executive order will be a “payroll tax holiday to Americans earning less than $100,000 a year.” Trump added, “in a few moments I will sign a directive instructing the Treasury Department to allow employers to defer payments of the employee portion of certain payroll taxes from September 1 and we are going to be making that.”

“Second, I’m signing an executive order directing the Department of Housing and Urban Development, HHS and CDC to make sure renters and homeowners can stay in their homes, so I’m protecting people from eviction,” he said.

“The third action I’m taking today will provide additional support for Americans who are unemployed due to the China virus under the cares act proudly signed, extending on of limit,” Trump said. “I’m taking action to provide an additional or extra $400 a week and expanded benefits, $400.”

Trump’s fourth, and final action, he said would provide extensions of a moratorium on student loan payment deferments to the end of year. He added, “We’re further looking at additional tax cuts including income tax, relief, income tax cuts and capital gains tax cuts. We are looking at the capital gains for the purpose of creating jobs and income taxes.”

The orders are expected to face legal challenges.