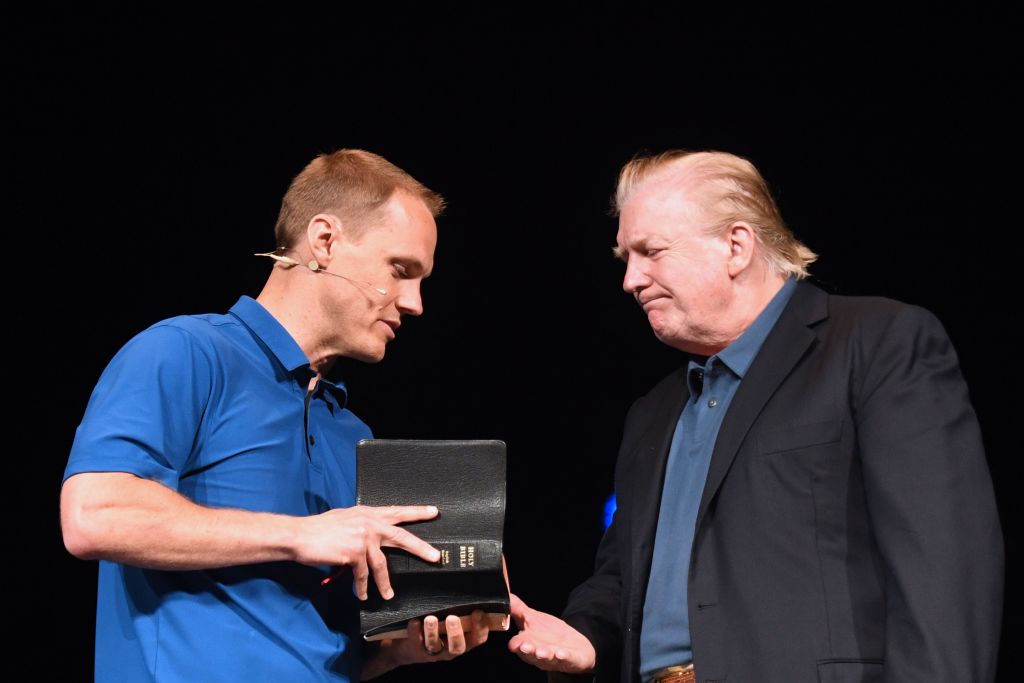 The pastor of the Virginia church where President Donald Trump was welcomed onstage to receive prayers this past Sunday has issued a letter acknowledging that some of his parishioners are “hurt that I made this decision.”

Pastor of ⁦@mcleanbible⁩ apologizes to his congregation for praying for ⁦@POTUS⁩ during Sunday’s visit by ⁦@realDonaldTrump⁩ to the #Virginia church. https://t.co/cwZqBttAbc

In the letter to his congregation, Pastor David Platt of McLean Bible Church in Vienna, Virginia, said that he learned of Trump’s upcoming visit to his church on very short notice, and decided to invite the president onstage only minutes before Trump’s arrival.

“Sometimes we find ourselves in situations that we didn’t see coming, and we’re faced with a decision in a moment when we don’t have the liberty of deliberation,” Platt wrote. “At the end of my sermon at the 1:00 worship gathering, I stepped to the side for what I thought would be a couple of moments in quiet reflection as we prepared to take the Lord’s Supper. But I was immediately called backstage and told that the President of the United States was on his way to the church, would be there in a matter of minutes, and would like for us to pray for him.”

When he showed up, the president was wearing a golf shirt underneath a blazer, khaki pants, a golf hat, and what appeared to be golf shoes—Trump’s Virginia golf course is not far from the church. Sunday had been designated as a national day of prayer for the president by evangelist Franklin Graham, and Trump made a point of retweeting several of those praying for him during that day.

Along with 250+ Christian leaders, I am asking believers across our nation to set aside next Sunday, June 2, as a special day of prayer for the @POTUS, @realDonaldTrump. https://t.co/mLEV4UwmsY

Clearly unprepared for the president to be involved in his worship service, Platt said he made a snap decision. “So in that moment, I decided to take this unique opportunity for us as a church to pray over him together,” he explained. But he goes on to say he did not want Trump’s appearance to be misconstrued. “My aim was in no way to endorse the president, his policies, or his party, but to obey God’s command to pray for our president and other leaders to govern in the way this passage portrays.”

Trump spent roughly 10 minutes onstage with Platt, received a prayer, shook hands, and then walked off without comment. But apparently, this interruption did not sit well with some church members, as Platt references discord among his parishioners over the president unexpectedly inserting himself into the Sunday service.

“I wanted to share all of this with you in part because I know that some within our church, for a variety of valid reasons, are hurt that I made this decision,” Platt said in his letter. “This weighs heavy on my heart. I love every member of this church, and I only want to lead us with God’s Word in a way that transcends political party and position, heals the hurts of racial division and injustice, and honors every man and woman made in the image of God.”