Biden Directly Attacks Buttigieg, Warren in Iowa, Scoffs at Enthusiasm for Their Campaigns: ‘Come On, Man, Give Me a Break’ 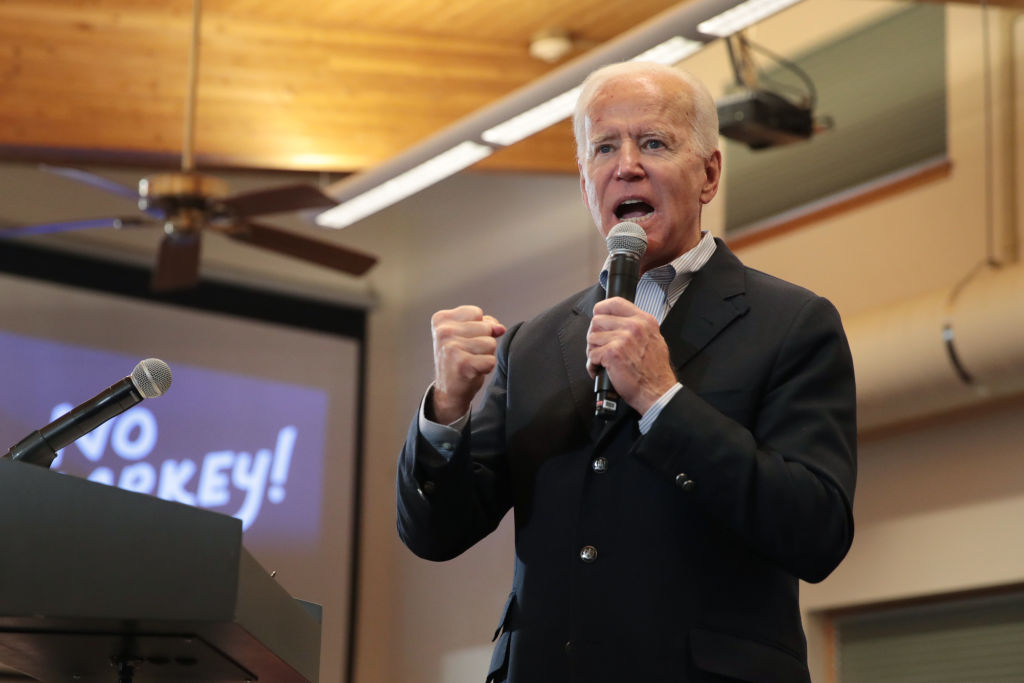 Democratic presidential candidate Joe Biden unleashed a series of political attacks during his bus tour in Iowa, dismissing the enthusiasm for fellow top-tier 2020 rivals Sen. Elizabeth Warren and Mayor Pete Buttigieg, both of whom are now polling higher than he is in the state.

According to a campaign trail report from Bloomberg, Biden made his pointed comments during a press scrum with reporters on Monday. During the conversation, the former Vice President also claimed Buttigieg “stole” his healthcare plan and said he didn’t need the endorsement of President Barack Obama.

Biden, who still leads in national polls among Democratic voters, has seen his summer lead in Iowa slip away. He now sits in three-way tie for second with Sen. Bernie Sanders and Warren, all of whom are several percentage points behind Buttigieg.

Nevertheless, Biden scoffed at the grassroots support for Warren and Buttigieg.

“You don’t see that with Warren. Stop kidding a kidder. OK, come on, man, give me a break,” Biden said dismissively. “Look at the polling everywhere. OK. Tell me. Tell me where this great enthusiasm is manifesting itself.”

In fact, a recent Marist poll found Democratic voters were much more enthusiastic about the possibility of nominating a woman than a white man. In addition, a CNN/Des Moines Register poll from two weeks ago found Biden’s favorability in that state had dropped to its lowest level ever—24%—amid other reports that his own campaign in Iowa is suffering from a distinct lack of enthusiasm.

Biden also made the same argument against the current Iowa frontrunner, claiming: “he doesn’t have the enthusiasm and the moderates.” Buttigieg’s “Medicare for All Who Want It” proposal, Biden also claimed, was a blatant copy of the former vice president’s healthcare plan: “He stole it!”

Finally, Biden waved off concerns that his former running mate, Obama, has serious qualms about his ability to connect with voters and that he hasn’t endorsed him in the primary.