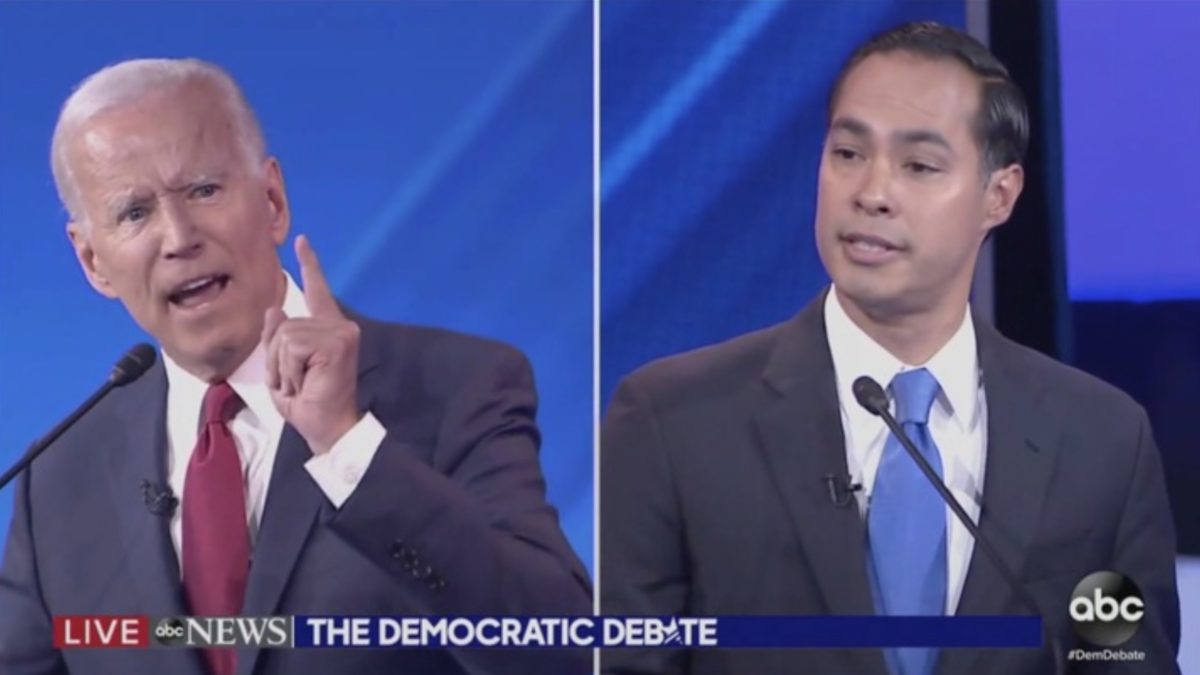 Presidential candidate Julián Castro is trying to fundraise off his controversial spat with former Vice President Joe Biden, whose memory he insulted during Thursday’s Democratic primary debate in Houston.

“I spent every second on last night’s debate stage fighting for you — and now I’m being viciously attacked for it,” Castro said in an email blast to donors and supporters on Friday.

The former Obama cabinet secretary and San Antonio mayor was referencing criticism leveled against him after repeatedly slamming Biden for “forgetting what [he] said two minutes ago” during a debate confrontation over Medicare for All. Some in the media have called Castro’s line of attack ageist and accused him of implying that Biden is senile.

“This is the biggest challenge my campaign has ever faced. I’ve never needed you to have my back with $5 more than I do in this defining moment,” Castro’s fundraising letter said. “I could either play it safe and give Vice President Biden a free pass like everyone else. Or I could speak up, challenge the conversation, and demand answers for you and your family. I’m not in this race to play it safe.”

“I could either play it safe and give Vice President Biden a free pass like everyone else. Or I could speak up…” pic.twitter.com/phcJeG3taD

During post-debate interviews, Castro insisted he was not mocking Biden — who has had numerous memory gaffes in recent campaign events — for being 76 years old: “I wasn’t taking a shot at his age. It’s not an attack on Vice President Biden, something about the personalities. It’s about the health care policy.”

“If you want Medicare, if you lose the job from your insurance company, from your employer, you automatically can buy into this,” Biden said, before adding, “Anyone who can’t afford it gets automatically enrolled in the Medicare-type option we have.”

Castro pushed back by saying “you require them to opt-in,” while his plan includes automatic enrollment.

“They do not have to buy in,” Biden replied.

“You just said that two minutes ago,” Castro barked. “You do not have to buy in if you can’t afford it … I mean, I can’t believe that you said two minutes ago that they had to buy in, and now you’re saying they don’t have to buy— you’re forgetting that.”

“I’m fulfilling the legacy of Barack Obama, and you’re not,” the former HUD secretary added.