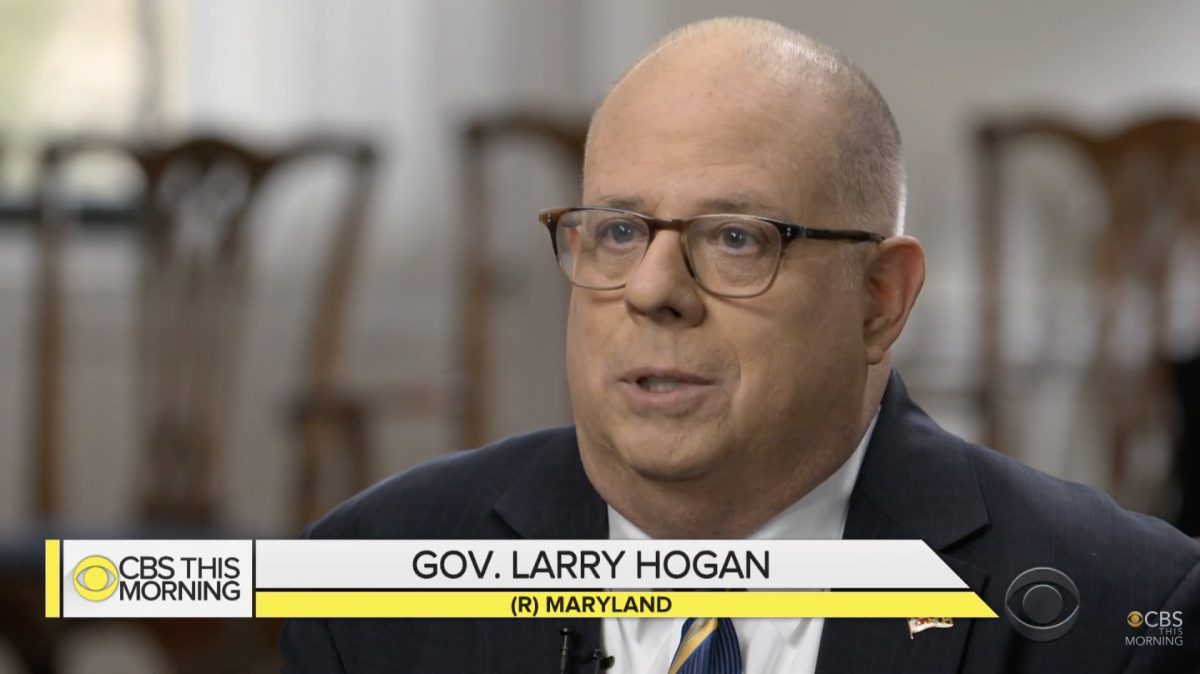 There’s been some talk that maybe Governor Larry Hogan, the Republican governor of Maryland, would run in the GOP primaries against President Donald Trump.

Hogan has openly criticized Trump and a little over a month ago he took a shot at the RNC for “100 percent loyalty to the Dear Leader.”

Hogan was considering a primary run, but he told the Washington Post‘s Robert Costa, “I’m not going to be a candidate for president in 2020.”

Instead, he announced he’s going to be launching an organization with a focus on “transcend[ing] partisanship” on big policy issues.

Hogan said he came to his decision after talking with his family:

“We got up every morning, walked on the beach and saw the sunrise, watched some sunsets. We were really just thinking. I would say there were mixed reviews” about the possibility, Hogan said. “The kids were pretty excited about it. My wife thinks it was the right decision not to.”

Hogan added, “Her big push was, ‘You just got reelected to a second term as governor. You made a commitment to the people of Maryland and that’s where your focus should be.’ She said there is plenty of time to think about the future but right now my attention should be on my day job.”

Right now the only Republican running against Trump is Bill Weld. And John Kasich seems unlikely to jump in.