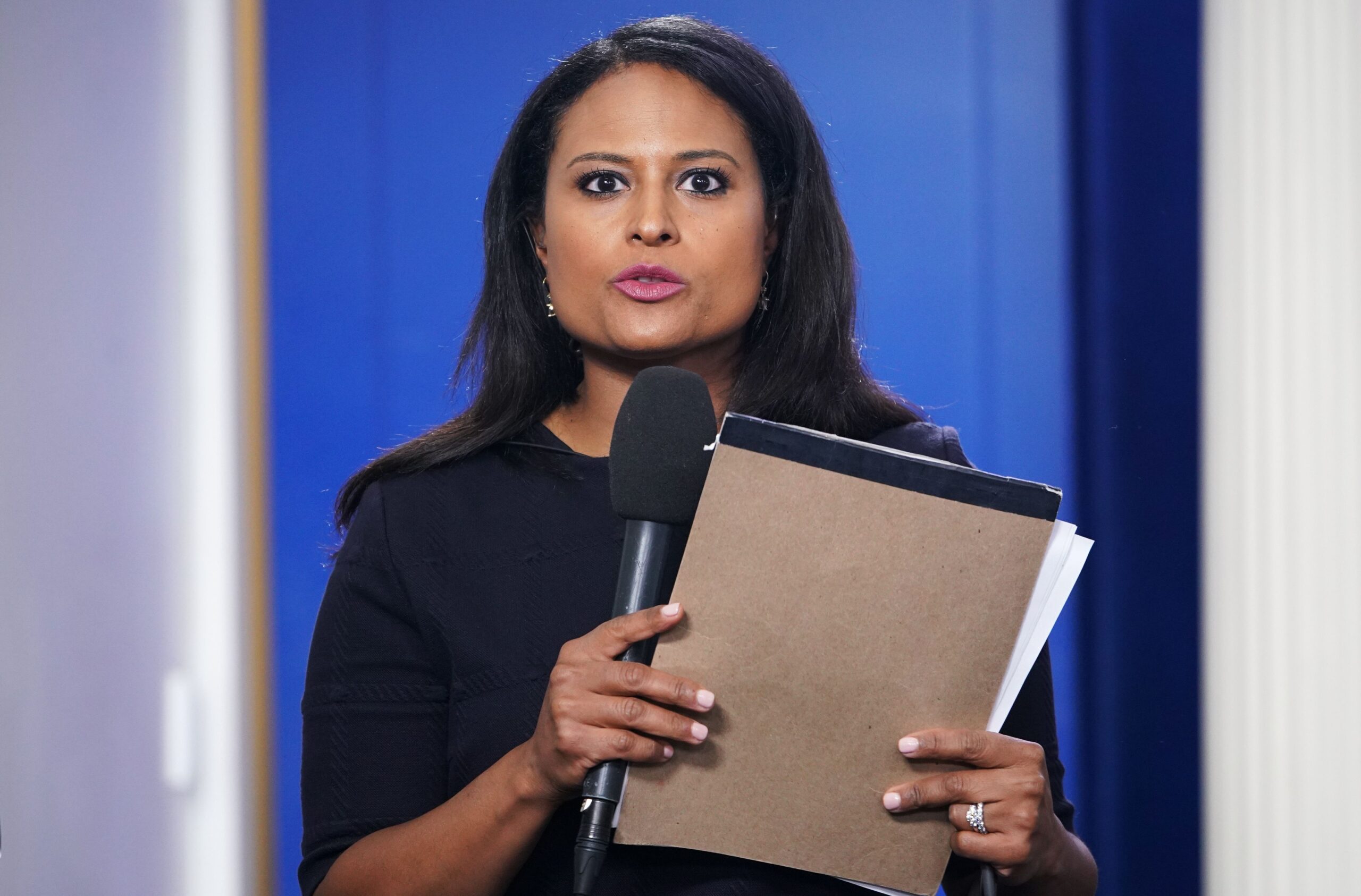 Welker disabled her account following controversy over the tweets of fellow presidential debate moderator, C-SPAN’s Steve Scully, who said he was hacked after his account posted a message to former Trump staffer Anthony Scaramucci.

“Welker deactivated her own account and was not asked to by the Commission on Presidential Debates,” a source with NBC told Fox News.

Scully — who was set to moderate the second 2020 presidential debate on October 15 before it became a virtual event and Trump dropped out — found himself at the center of controversy last week after he publicly tweeted Scaramucci to ask whether he should respond to Trump’s criticism.

Scully was called out by Trump after old tweets resurfaced, including a photo of Scully with Biden and the caption, “Gotta love the @VP at the Biden Beach Bash ’16.”

Gotta love the @VP at the Biden Beach Bash ’16 pic.twitter.com/Z9gdC6Cmi1

Scully claimed his account was hacked and that he did not make the post. Observers widely speculated Scully had accidentally tweeted publicly instead of sending Scaramucci a private message. His social media history also indicated it was at leas the third time Scully claimed to have been hacked since 2012.

On Monday, Trump retweeted a post questioning what Welker was “trying to hide” by deleting her account. 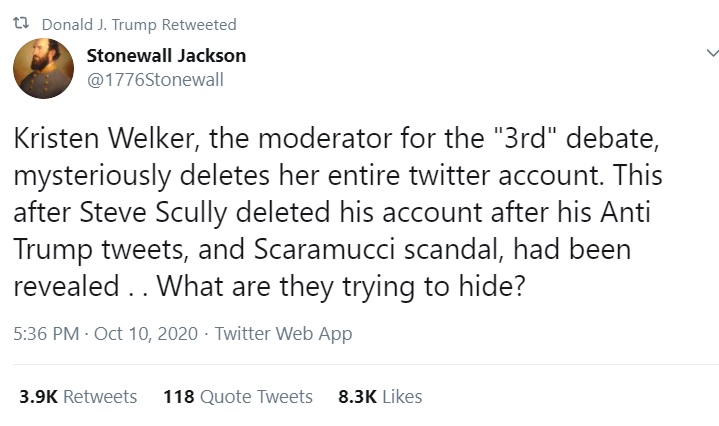