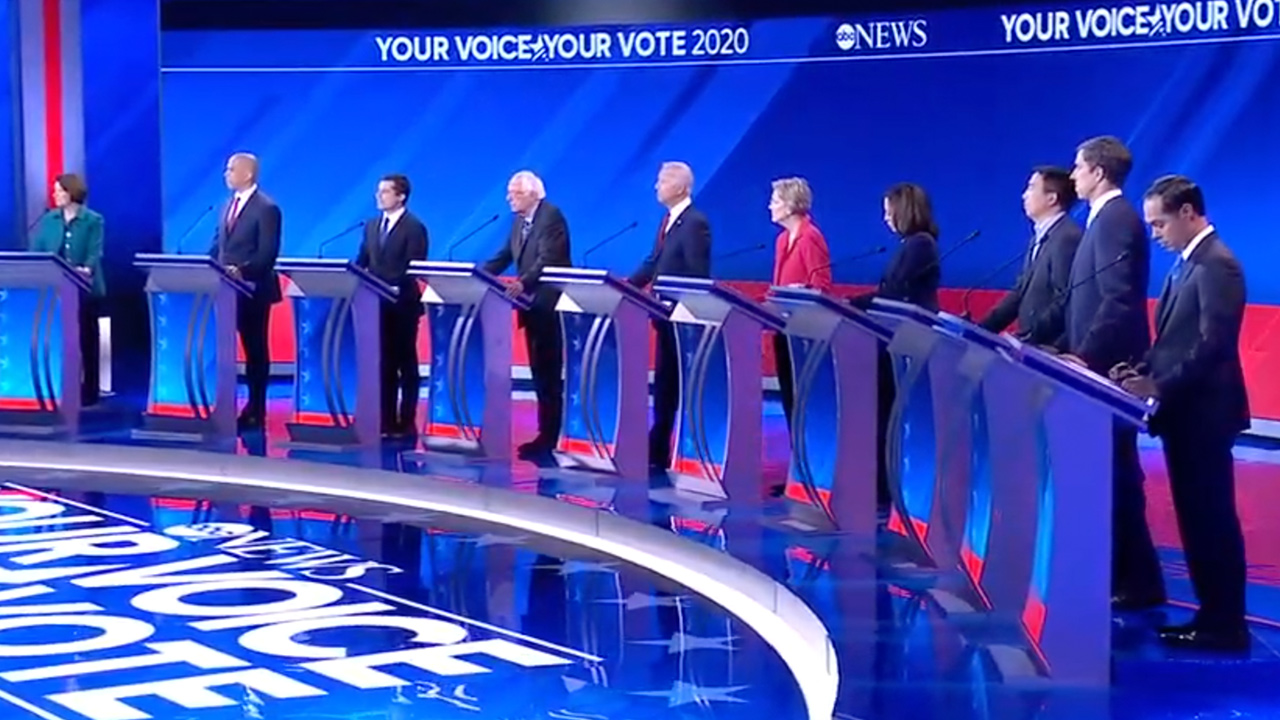 The Democratic National Committee has just announced new qualifying criteria for December’s presidential debate — metrics which figure to thin the herd quite a bit.

The DNC announced that the sixth debate of the campaign — to be held on Dec. 19 in Los Angeles and hosted by PBS and Politico — will require candidates to earn at least 4 percent of the vote in at least four qualifying polls (or 6 percent in two early polling states), and 200,000 unique donors in order to make the stage.

Already, the field of 12 at the October debate seems likely to be cut to nine or possibly 10 for the November forum. According to FiveThirtyEight, only nine candidates have hit the polling threshold of 3 percent in four qualifying polls — with previous qualifiers such as former Rep. Beto O’Rourke, Rep. Tulsi Gabbard (D-HI), and former HUD secretary Julian Castro currently on the outside looking in.

The even more stringent criteria for the December debate could trim the field even further. The only candidates who seem guaranteed to make the stage are former vice president Joe Biden, Sen. Elizabeth Warren (D-MA), Sen. Bernie Sanders (I-VT), South Bend, IN Mayor Pete Buttigieg, Sen. Kamala Harris (D-CA), and billionaire Tom Steyer (Yeah, we don’t get it either). Entrepreneur Andrew Yang appears to be very much on the bubble with the new requirements. And Sen. Cory Booker (D-NJ) and Sen. Amy Klobuchar (D-MN) seem like longshots, based on recent surveys.

So what was a field of 12 in October could very well be cut in half by the time December rolls around.