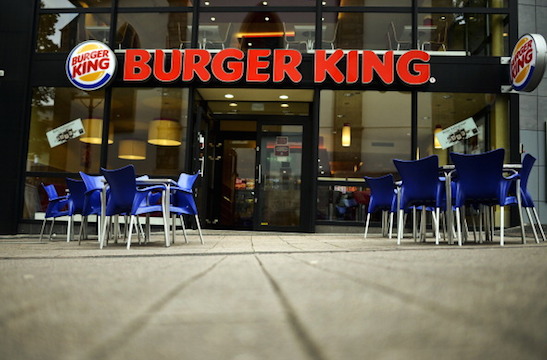 It slightly invokes the whole “freedom fries” thing from a decade ago, does it not? We mean, what are we supposed to eat now — poutine Burger King fries? (Oh wait, poutine is THE BEST.)

The New York Times reported that the rumored deal between Burger King and Tim Horton’s is done — an $11.4 billion acquisition of Canadian-owned Tim Horton’s by American (ish, now) Burger King. BK will move up north, in a move that’s largely believed to be for squashing down this nasty little thing called U.S. taxes. The deal will now make the Burger King-Tim Horton’s conglomerate the third largest “quick service restaurant company” in the world. (That’s the fanciest way to say fast food ever.)

So naturally, this news is going over really well with tax-paying Americans. Just kidding!

I already boycott Burger King b/c their food sucks but this running to Canada makes the decision to stay away easier.

I mean, seriously, how did America lose Burger King to Steven Abootman? #ThanksObama

I think I shall slowly die due to the fact that Burger King will buy Tim Hortons. Slow and painful.

But think of all the Canadian fun, guys!

And there are chicken fries!

Did you guys know that @BurgerKing listened and brought back the #chickenfries? That's good customer service if you ask me.

Because I pay my fair share, I won't be eating at Burger King anymore. #BoycottBurgerKing

If @BurgerKing needs to cut the taxes they pay, then how come they have $11billion to buy Tim Horton's? #boycottBurgerKing

What’s the Canadian translation of “blerg?”

Don’t worry guys, we Americans still have our breakfast tacos.